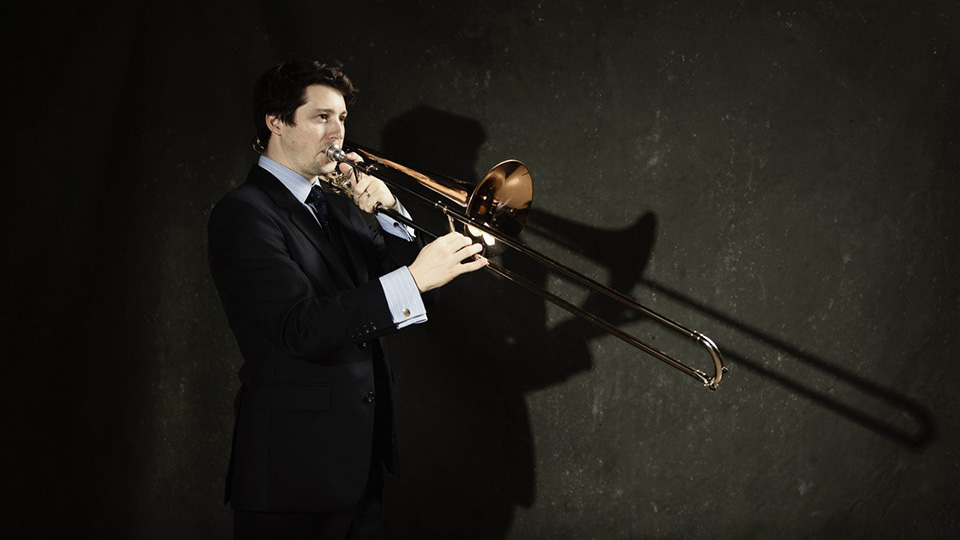 Matthew Knight is Co-Principal Trombone of the Royal Philharmonic Orchestra, where he also serves as Vice-Chairman, having been a member of the orchestra’s Board since 2015. He has performed with almost all of the UK orchestras, often as a guest principal with orchestras including the London Philharmonic, London Symphony, BBC Symphony, City of Birmingham Symphony and Academy of St Martin in the Fields.

Matthew graduated with a starred first in Music from Cambridge University where he was a Senior Academic and Choral Scholar at Gonville & Caius College. From 2005-2008 he was a member of the Gustav Mahler Jugendorchester. He studied at the Royal Academy of Music as a postgraduate, receiving a DipRAM for an outstanding final recital and the 2008 Principal’s Prize. In 2016 he was appointed an Associate of the Royal Academy of Music.

Along with fellow Academy graduate Simon Cox, Matthew is the Artistic Director of the brass septet Septura, described by trumpet virtuoso Alison Balsom as setting a standard 'absolutely higher than brass playing has ever been before'. Currently Ensemble in Residence at the Academy, the group is recording a series of ten discs for Naxos Records, each focused on a particular period, genre and set of composers, creating a ‘counter-factual history’ of brass chamber music. Septura has performed around the world, including tours to New Zealand, Japan and the USA, and has recently made its debut in the Chamber Music Season at the prestigious Wigmore Hall in London.

An active composer, arranger, and orchestrator, Matthew studied composition at the National Film and Television School, and has arranged music for nine of Septura’s releases so far, as well as arranging and orchestrating for the RPO and Classic FM, and composing music for film and TV.