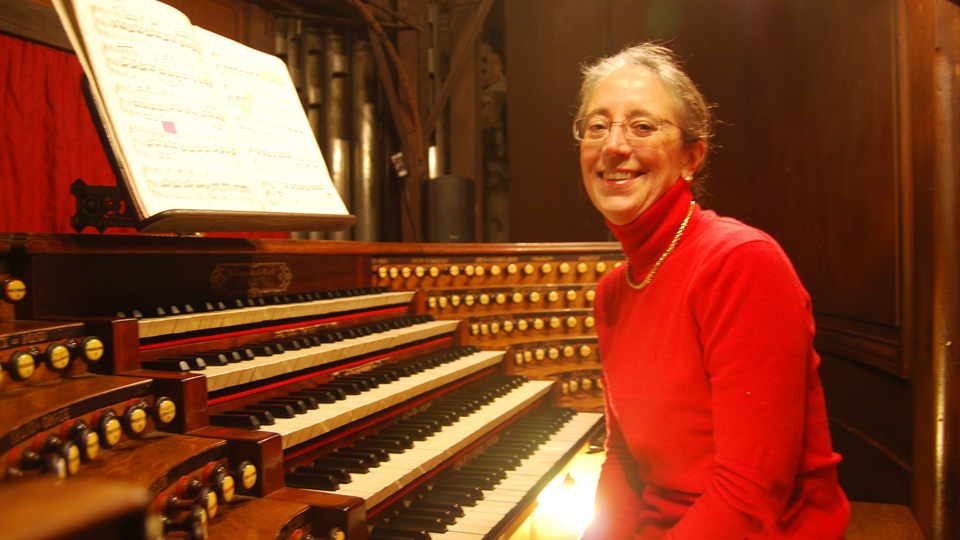 Sophie-Véronique Cauchefer-Choplin was born in Nogent-le-Rotrou, France. She grew up in a musician family where she received piano instruction as a small child. After completing piano, organ and harmony courses at the Ecole Nationale de Musique of Le Mans, she entered the Conservatoire National Supérieur de Musique of Paris where she studied the organ with Rolande Falcinelli. She was awarded the first prizes in organ, improvisation, harmony, fugue and counterpoint (in the classes of Jean Lemaire, Michel Merlet and Jean-Claude Henry). Her academic success was rewarded in 1980 with a prize from the French Ministry of Culture.

She was titular of the Grand Orgue of Saint Jean-Baptiste de la Salle in Paris from 1983 to 2013. In 1985, she added the position of co-titular of the Grand Orgue of Saint Sulpice Paris with Daniel Roth. In 1990 after an advanced teaching by Loïc Mallié, she became the first woman to win the second prize in improvisation at the Chartres International Organ Improvisation Competition.

Sophie-Véronique has an extensive international career, having given recitals worldwide in more than 30 countries. Since 1998, she has given master classes of improvisation in Chicago, New York, Washington, Tokyo, Hong Kong, Singapore, Melbourne, Sydney and many French cities, and has lead organ improvisation courses in Biarritz and London. She is also regularly invited as a judge in national and international organ competitions.