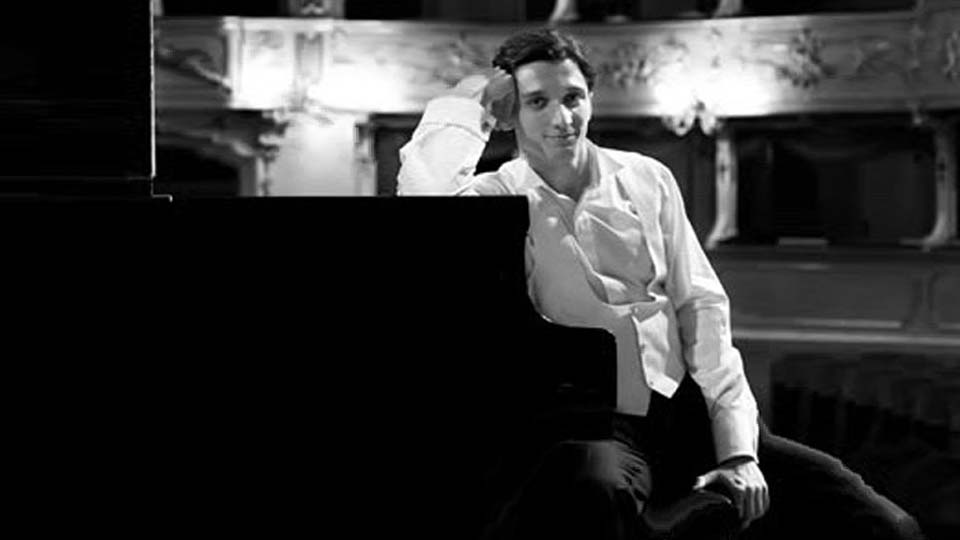 Described by Carlo Maria Giulini as “extraordinarily gifted,” pianist Alexander Romanovsky is a riveting, distinct and subtle performer with an utterly engaging voice.

Born in Ukraine in 1984, Alexander studied with his mentor Leonid Margarius at the Imola Piano Academy for fifteen years before continuing his studies at the Royal College of Music (London) with Dmitri Alexeev. At the age of seventeen, he won First Prize at the prestigious Busoni Competition in Italy.

Praised by The New York Times as “special, not just an extraordinary technician with a flair for colour and fantasy, but also a sensitive musician and lucid interpreter,” Alexander graces many of the world’s most prestigious stages in recital. Recent highlights include the complete Chopin Études in the Main hall of Amsterdam’s Concertgebouw; the Tchaikovsky Concert Hall in Moscow and the Great Hall of the Moscow Conservatoire; Accademia Nazionale di Santa Cecilia and Teatro Olimpico in Rome; Tokyo’s Asahi and Kioi halls; Chile’s Teatro Municipal; and Sala Verdi at Milan’s Conservatorio; as well as a performance with the Swedish Radio Symphony Orchestra under the baton of Valery Gergiev.

Recent highlights include Brahms No. 1 at the Brescia and Bergamo International Piano Festival with the Royal Philharmonic Orchestra under Pier Carlo Orizio; Shostakovich No. 2 with the Bournemouth Symphony Orchestra and Victor Aviat; Liszt No. 1 with the Moscow Philharmonic and Yuri Simonov; Tchaikovsky No. 1 at the Teatro Colon in Buenos Aires; Prokofiev No. 3 with the Orquesta Sinfónica de Castilla y León under Andrew Gourlay; and a concert in honour of the late Claudio Abbado at the Colmar International Festival, performing Beethoven No. 5 under Vladimir Spivakov. Recent recitals include Casa da Música in Porto; the Tchaikovsky Concert Hall in Moscow; Teatro Manzoni in Bologna; and Istituzione Universitaria dei Concerti in Rome.

Highlights in 2019/20 include performances of Rachmaninov No. 3 with the Filarmonica della Scala and Myungwhun Chung at the MITO Settembre Musica festival and in Verona and Muscat, as well as on tour in the Baltic states with the Russian National Philharmonic and Vladimir Spivakov; and his debut at the Royal Albert Hall in London playing Beethoven No. 5 with the Royal Philharmonic Orchestra and David Hill. Alexander will also for the first time perform the complete Beethoven Piano Concerti, returning to both the Pacific Symphony Orchestra and the Costa Rica Symphony under the baton of Carl St Clair.

Alexander performs extensively throughout Italy, where he has lived since early childhood. In 2007, he was invited to give a concert at the Papal Residence in the presence of Pope Benedict XVI in celebration of the 110th Anniversary of Pope Paul VI’s birth. Since 2007, he has released five critically acclaimed albums on Decca: Beethoven: Diabelli Variations, Brahms/Schumann, Rachmaninov: Etudes-Tableaux and Corelli Variations, Rachmaninov: Piano Sonatas, and more recently Childhood Memories.