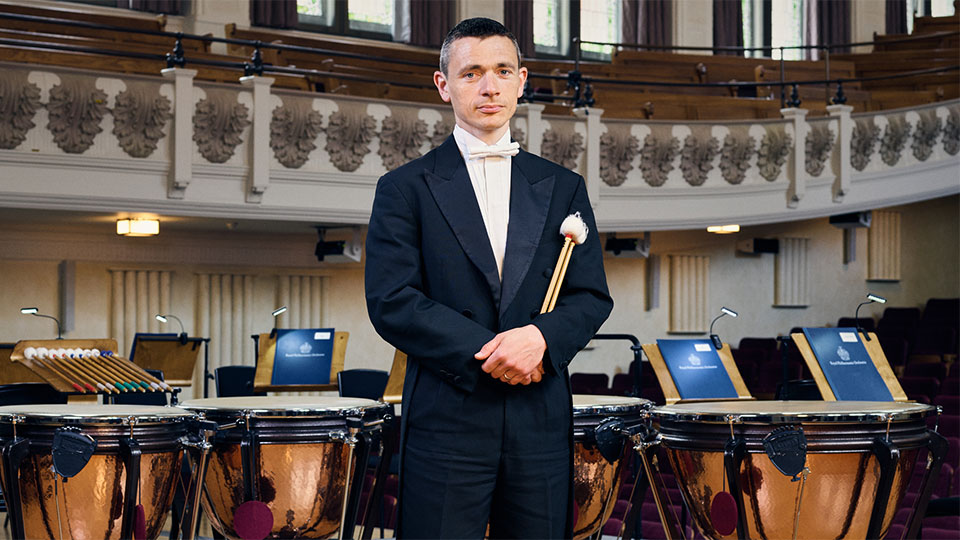 Matt Perry began his Timpani and Percussion studies in Birmingham under the tuition of Annie Oakley. From there he studied Music at University College, Oxford, then was a postgrad at the Royal College of Music. In 1999 he joined Bournemouth Symphony Orchestra as Principal Timpani, moving to the Royal Philharmonic Orchestra in 2006.

During that time he has performed with the majority of the UK full time professional orchestras, participated in many community education workshops and projects, held teaching positions at Trinity College of Music and Drama and Birmingham Conservatoire, and given several master classes both here and abroad.

Outside of time spent with work and family, Matt is a keen runner and to date has completed several marathons, one ultra marathon and Ironman UK.

Photo by Emile Holba for Incorporated Society of Musician's