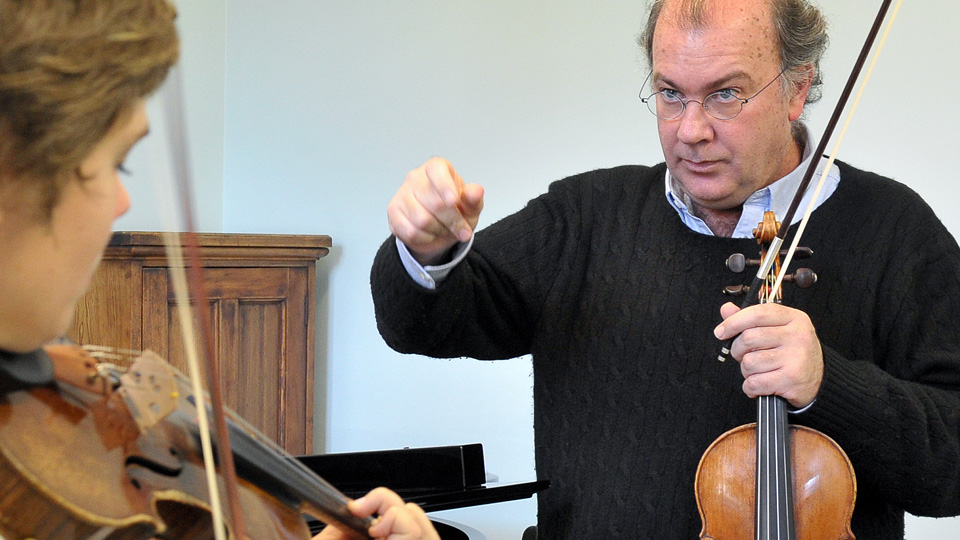 Jan Repko was born in South Africa. He started studying the violin with Jack de Wet and later continued his studies with Davina van Wely at the Sweelinck Conservatoire in Amsterdam. He also worked with Nathan Milstein, Dorothy De Lay, Victor Lieberman and Berl Senofsky. He has regularly performed as a soloist and in chamber ensembles. After five years as concertmaster of the Northern Philharmonic Orchestra in the Netherlands, he decided to concentrate on teaching and was appointed at the Conservatoire of Amsterdam. During this period he was very active in teaching talented young violinists and is a co-founder of the Netherlands Youth String Orchestra.

Jan Repko is now an internationally recognised pedagogue and is a much sought after teachers in the United Kingdom, drawing students from all over the world. They regularly perform as soloists and chamber musicians and have been top prize winners in many major international competitions, including the Menuhin, Sibelius, Wieniawsky and the Queen Elizabeth violin competitions. Jan Repko is a professor at the Royal College of Music in London and at Chetham’s School of Music in Manchester. He teaches at various summer schools and is a faculty member of the Academie Internationale de Tignes (Musicalp). Jan Repko is founder and artistic director of Festival Quattro Corde in Sant’ Agata Feltria in Italy (www.4strings.co). He is regularly asked to give masterclasses all over the world and serves as a jury member in many international violin competitions. Jan plays on a Tommaso Balestrieri and a Stefan-Peter Greiner.