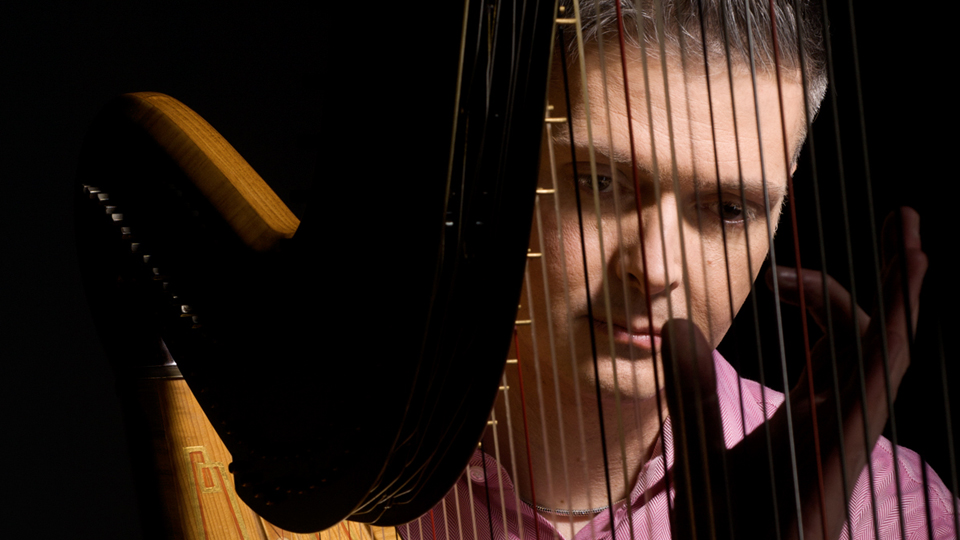 Stephen Fitzpatrick started playing the piano at the age of four, and three years later commenced with harp studies. After initial lessons in his native North Wales, he was accepted as a student at the Royal College of Music in London with Marisa Robles. Further studies at the Royal Conservatory in The Hague with Edward Witsenburg and privately with Sarah Bullen in Chigago and Erika Waardenburg in Amsterdam culminated with a performance diploma in addition to the degree and teaching diploma already attained in London.

Stephen is active as a chamber musician in various ensembles which have performed throughout Europe. He is committed to contemporary music and has given critically acclaimed performances of works by living composers. He is a founder member of the Boulez Ensemble, founded in 2017 by Daniel Barenboim, combining chamber music from the classical and romantic period with landmark contemporary music.

He is regularly invited to be a jury member for national and international competitions and orchestral auditions and has given masterclasses throughout Europe.