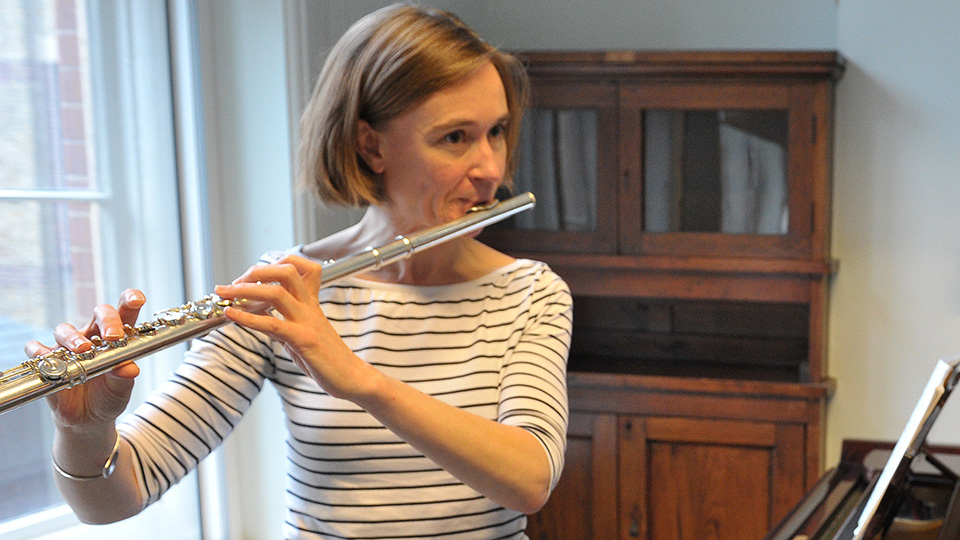 Born in Merthyr Tydfil, Sue Began playing the flute at the age of ten, progressing to grade eight within two years. She was accepted on the joint course at the RNCM studying with Trevor Wye and continued her studies as a post graduate at the RAM with William Bennett. After winning many prizes and scholarships as a student, she went on to establish a flourishing freelance orchestral career for herself. Since 2001 she has been Sub Principal Flute with the London Philharmonic Orchestra where she has had considerable Co Principal experience. Principal Flute work has included the recently released Brahms cycle recordings with Marin Alsop.