Home >> About Us >> Director's Welcome 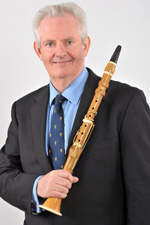 "The Royal College of Music (RCM) is one of the world’s great conservatoires, training gifted musicians from all over the world for international careers as performers, conductors and composers.

Opened in 1883 by the then Prince of Wales (later Edward VII), the RCM has trained some of the most important figures in British and international music life, including composers such as Holst, Vaughan Williams, Turnage and Britten; conductors such as Leopold Stokowski, Sir Colin Davies and Sir Roger Norrington; singers such as Dame Joan Sutherland, Sir Thomas Allen and Alfie Boe; instrumentalists such as James Galway, John Lill and Natalie Clein.

With more than 900 students from more than 50 countries studying at undergraduate, masters or doctoral level, the RCM of the 21st century is a vibrant community of talented and open-minded musicians. RCM professors are musicians with worldwide reputations, accustomed to working with the most talented students of each generation to unlock their artistic potential. Regular visitors include the likes of Lang Lang and Dame Kiri te Kanawa. We were also regularly visited by the late Bernard Haitink. The RCM’s many performing groups – including five orchestras, two jazz bands and the RCM International Opera School – are celebrated for the vitality and excellence of their performances, and are regularly invited to perform at significant venues both in the UK and overseas.

The RCM’s buildings, facilities and location are the envy of the world. The RCM is situated directly opposite the Royal Albert Hall in the cultural heart of London, one of the world’s great musical cities. Our iconic building, our concert hall, opera theatre, state-of-the-art studios, library and museum all provide inspiration for RCM students.

Every year, the latest group of RCM graduates forge careers as artistic leaders around the globe. There has never been a more exciting time to study at the RCM."

Professor Colin Lawson, Director of the Royal College of Music