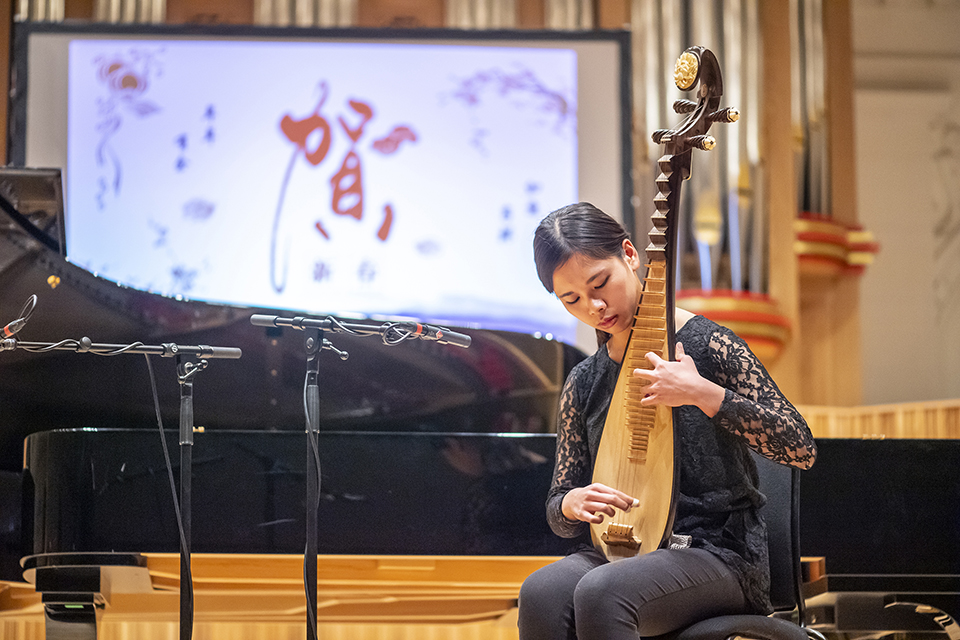 Of the many traditional celebrations in China none is more important than The Spring Festival. New Year’s Day of the lunar calendar has been celebrated since ancient times. Welcoming in the Year of the Pig, the RCM Chinese New Year Celebration Concert returned for a second year and featured students of ten different nationalities.

Special guests included pianist and LLIMF Young Scholar Jasper Heymann and erhu player Xiao Wang. Xiao Wang learnt the erhu from the age of six and graduated from the Wuhan Conservatory of Music, China. She has performed at prestigious venues including the Southbank Centre’s Purcell Room, the Royal Opera House and LSO St Luke’s. She has worked with both Lang Lang and Mathew Barley. Elsewhere Chuanqi Yan brought beauty and drama to proceedings with songs from the opera Third Sister Liu and Zhijun Yang showcased a Nuosuo folk dance.

The RCM Oriental Culture Society was founded in 2017 as a young, student-led organisation. It serves to form a bridge between the east and the west through cultural and musical activities.