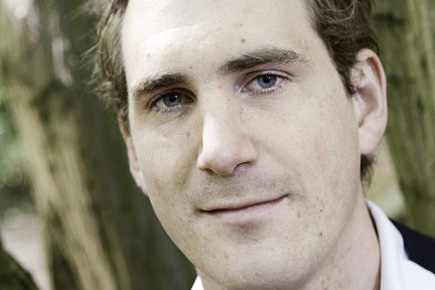 This is the second year in a row that an RCM musician has won the prestigious top prize, following RCM baritone Morgan Pearse’s triumph last year.

The Final was held on Tuesday 6 May at the Southbank Centre's Queen Elizabeth Hall. RCM soprano Anna Rajah was also among the four finalists competing for the Gold Medal, while the evening also including a performance by RCM musicians Block4, winners of the ROSL Ensemble Prize. Huw’s Award was presented by HRH Princess Alexandra, Vice Patron of ROSL.

Huw studied with Kyle Horch at the RCM, winning the RCM Concerto Prize before graduating in 2012. His other prizes and awards include a ‘Star Award’ from the Countess of Munster Musical Trust, a Music Education Award from the Musicians Benevolent Fund, and a Martin Musical Scholarship Award. In 2012 he was selected to be a Park Lane Group Artist.

ROSL ARTS is the arts division of the Royal Over-Seas League, and for over 50 years has developed a diverse portfolio of arts activities in Music, Visual Arts and Literature, devoted to the career development of talented young professional artists and musicians from the UK and the Commonwealth. With a prize fund in excess of £60,000, the ROSL Annual Music Competition is one of the UK’s most financially rewarding major classical music competitions.