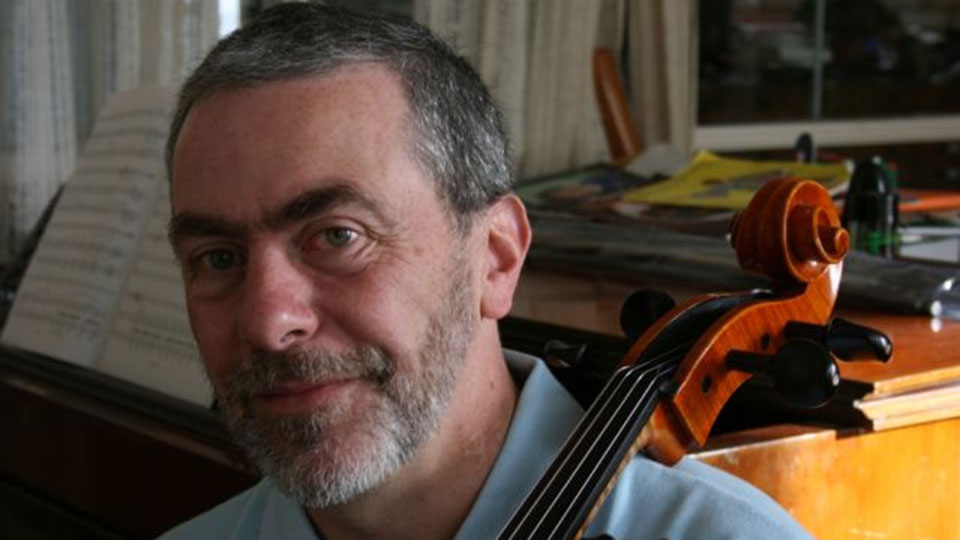 Whilst still a senior student at the R.C.M. in the early 1980’s, James joined the Auriol String Quartet and was straightaway involved in more than 40 recitals each season. This love of chamber music stayed and developed through his career and he is now cellist of the Bingham String Quartet, the Tagore String Trio and the Dartington Piano Trio. With these ensembles he has played all over the world, broadcast frequently, and made numerous recordings. At present he coaches on ten annual chamber music courses.

As a solo cellist James has performed widely in the British Isles, and has played Beethoven sonatas and unaccompanied Bach in Japan and Australia. He is much in demand as a teacher and three of his former pupils are cellists in professional string quartets. He is Professor of Cello at the North East of Scotland Music School and the Royal College of Music Junior Department, as well as being director of the Aboyne Cello Festival.