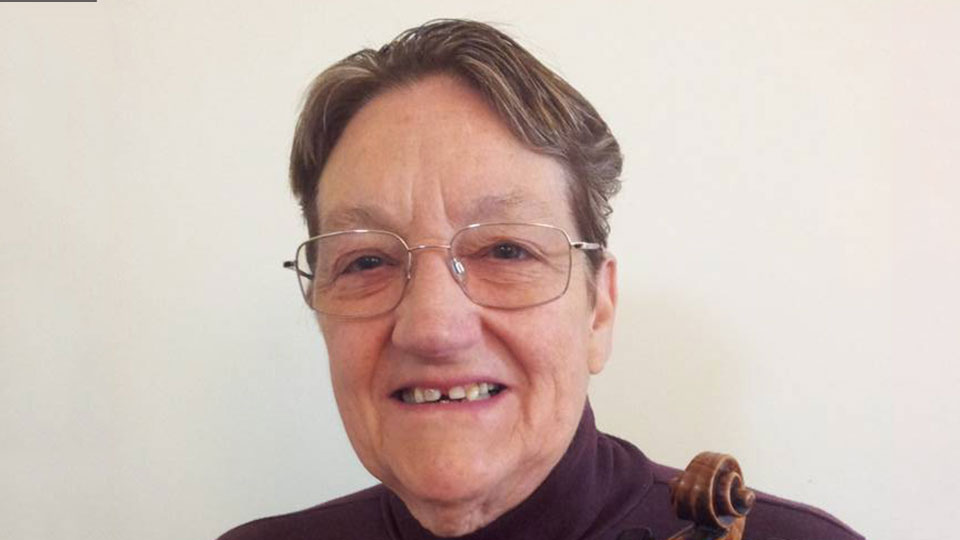 Miriam was a junior at the RCM from the age of twelve until she was eighteen during which time she also played with the National Youth Orchestra of Great Britain. At eighteen she was awarded a Foundation Scholarship to the senior RCM where she studied under Antonio Brosa gaining LRAM (performance) and ARCM (teaching) diplomas as well as enjoying a full and varied programme of orchestral, chamber music and solo playing. She went on to do a post-graduate year on a British Council Scholarship at the Bruxelles Conservatoire under Arthur Grumiaux.

On returning to the UK, Miriam began freelancing with Philomusica (directed by Carl Pini), the English Sinfonia and the Monteverdi Orchestra, played solo recitals and concertos and taught at the Junior RCM and St. Paul's Choir School. She also led the London Opera Group Orchestra under Kathleen Riddick. At this time Miriam married and had two children who subsequently also attended the Junior Department. In 1976 the family moved to Sheffield for two years where Miriam freelanced with the Northern Sinfonia and Manchester Camerata as well as playing principal second in the Yorkshire Sinfonia directed by Manoug Parikian. A further relocation saw the family in New York where Miriam taught privately and played with the Bronx Opera Group.

On returning to London she was able to re-establish herself on the freelance scene and at the same time began teaching again. She re-joined the Junior RCM in the mid. 80s and became an associate teacher with the London Suzuki Group as well as playing for the English Sinfonia, Brighton Philharmonic and several ballet seasons at the Coliseum. She also was a member of the Concorde Piano Trio playing chamber music in Morley College, Leighton House, Fulham Palace and Bourne Hall. Now she devotes her time to teaching and has had the pleasure of seeing many pupils become successful musicians in their own right as members of such orchestras as the RPO, Bournemouth Symphony, the BBC Scottish Symphony, and the Royal Liverpool Philharmonic.