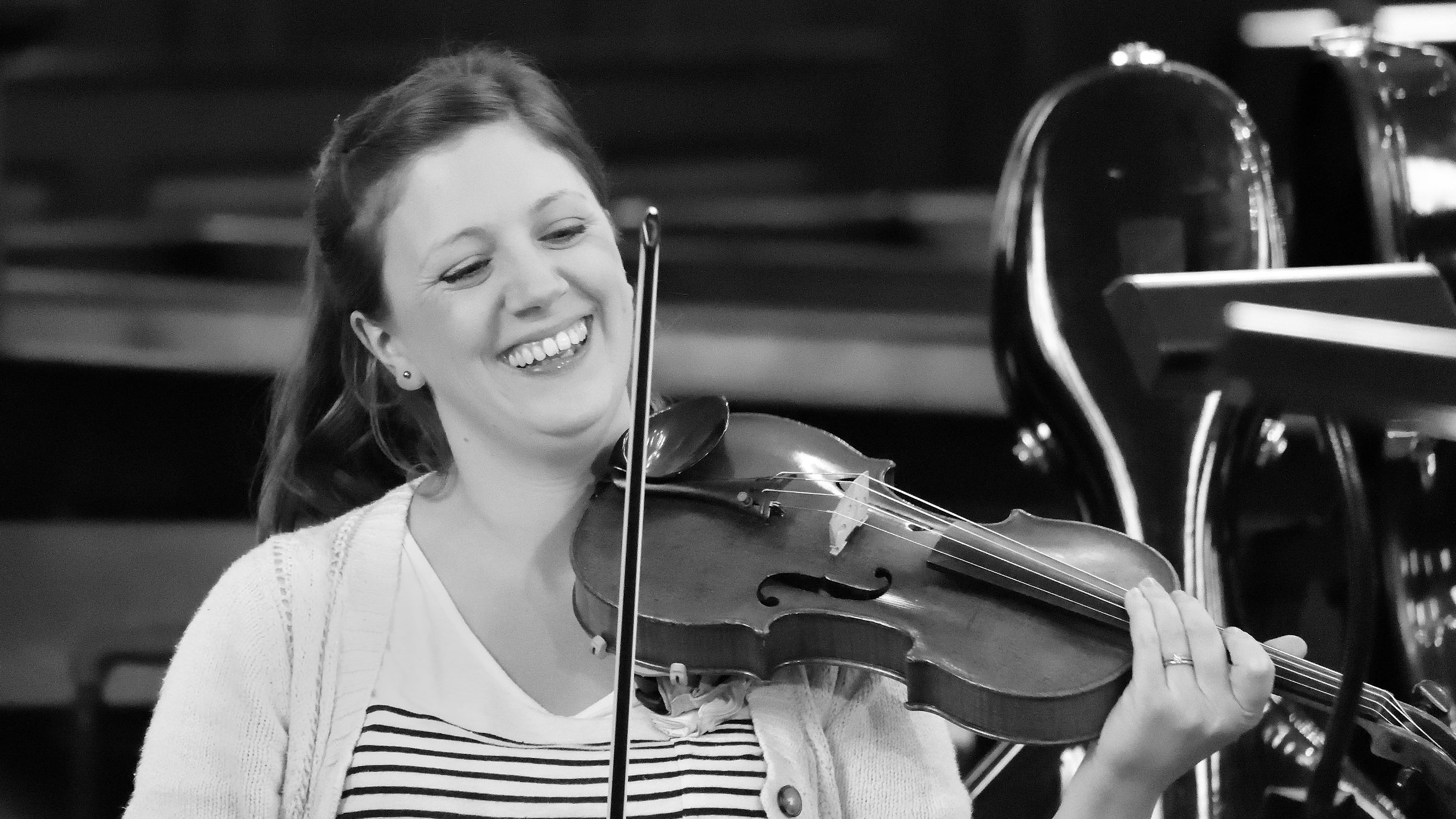 Esther King Smith studied at the Royal College of Music with Dona Lee Croft, where she undertook both an undergraduate degree and a postgraduate diploma. Whilst studying at the RCM, Esther was awarded both the Helen Just & Susan Connell Prize and the Sacconi String Quartet Prize. In 2008 she was awarded a postgraduate scholarship at Canterbury Christ Church University to study for a Masters degree with the late Carmel Kaine and the Maggini Quartet, achieving Distinction in her Final Recital.

Esther enjoys a busy freelance career as a performer and teacher. She is the Principal Second Violinist of the Orchestra of St Paul’s, a chamber orchestra based at the famous Actors’ Church in Covent Garden. With OSP she performs across England, including regular appearances at London’s Southbank Centre, and in 2013 she toured China with the orchestra. In April 2016 the orchestra released a disc on Delphian of works by Lotti, which was featured as ‘Disc of the Week’ on BBC Radio 3; they have also recorded two discs on the SOMM label featuring works by Elgar, Malcolm Arnold and Robert Simpson. In addition to being a member of OSP and the Welsh Sinfonia, Esther performs with orchestras across the country including the English Symphony Orchestra, the London Concert Orchestra, the English Young Artists’ Sinfonia (Principal 2nd Violinist), the London Choral Sinfonia (as Leader) and The Little Orchestra amongst others. Her diverse performances range from filming for BBC dramas, to playing at the Tower of London for the arrival of the Olympic Torch, to sharing a stage with Sandi Toksvig and Sue Perkins. She performs regularly for Opera Holland Park, and plays in the ‘Alice Band’ for their critically acclaimed production of Alice’s Adventures in Wonderland. In November 2015 the show moved to the Linbury Studio at the Royal Opera House for four performances, and the recording of the opera reached number one in the Specialist Classical Chart in 2015. Esther teaches violin and chamber music at the Royal College of Music Junior Department as well as at Imperial College.

In her spare time, Esther enjoys choral singing, (in 1995 she was the youngest ever holder of Bishop of Oxford’s Junior Chorister Award), baking, swimming (in order to counteract the baking), foreign languages, travel and walking her dog Archie.

Esther plays a 1757 Joseph Hill violin, which before she acquired it in 2006 had not been played for around two hundred years.