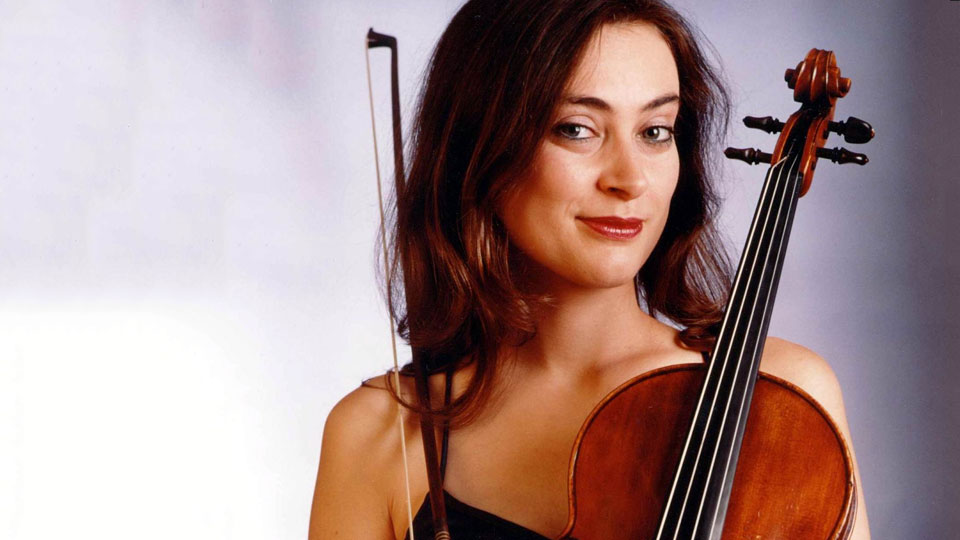 Since her debut at the Wigmore Hall in 1997, Sarah-Jane has established a distinguished international reputation as a soloist and chamber musician.

Sarah-Jane is a pioneer of new works and has premiered and recorded a number of new concertos for solo viola, including those by David Matthews , Matthew Taylor and Paul Patterson. She has worked as a soloist with the Philharmonia, BBCSO, BBCCO, RSNO, ECO, CLS and Northern Sinfonia. Her acclaimed solo recordings include 6 CDs of British viola concertos for Dutton Epoch and two recital discs for Naxos.

In January 2013 she recorded Matthew Taylor's Viola Concerto with Garry Walker and the BBCSO in a Radio 3 studio concert, later released on Toccata Classics. Most recently she recorded Walter Braunfels Scottish Fantasy with the BBCCO/Johannes Wildner, released on Dutton Epoch in December 2013.

As a former founder member of the Leopold String Trio and subsequently a member of the Sorrel Quartet, she has recorded extensively for Hyperion and Chandos. Sarah-Jane is in high demand as a recitalist and chamber musician; her work as a chamber musician has taken her around the world to festivals such as Marlboro and Kuhmo.

Her numerous current collaborations include the London Soloists Ensemble with pianist John Lenehan, violinist Lorraine McAslan, cellist Karina Georgian, and clarinettist Anthony Pike; the ensemble is currently in residence at St John's Smith Square and a CD of chamber works by Vaughan-Williams is due for imminent release on Naxos.

Sarah-Jane is also a member of the Fidelio Piano Quartet and works with Ensemble 360, the Rautio Piano Trio and the Honeymead Ensemble. Her recital partners include Martin Roscoe, John Lenehan and Anthony Hewitt.

Following studies at the Royal Academy of Music, and the Mozarteum Salzburg, Sarah-Jane won many awards and won first prize at Capellades and St Joan de Vilatorrada, Spain in 1995. A prizewinner at the 1994 Lionel Tertis International Viola Competition, Sarah-Jane is now on the executive committee of the Competition and stood on the jury in 2013.

Sarah-Jane is currently Viola Teacher at the Royal College of Music Junior Department and at Trinity Laban.