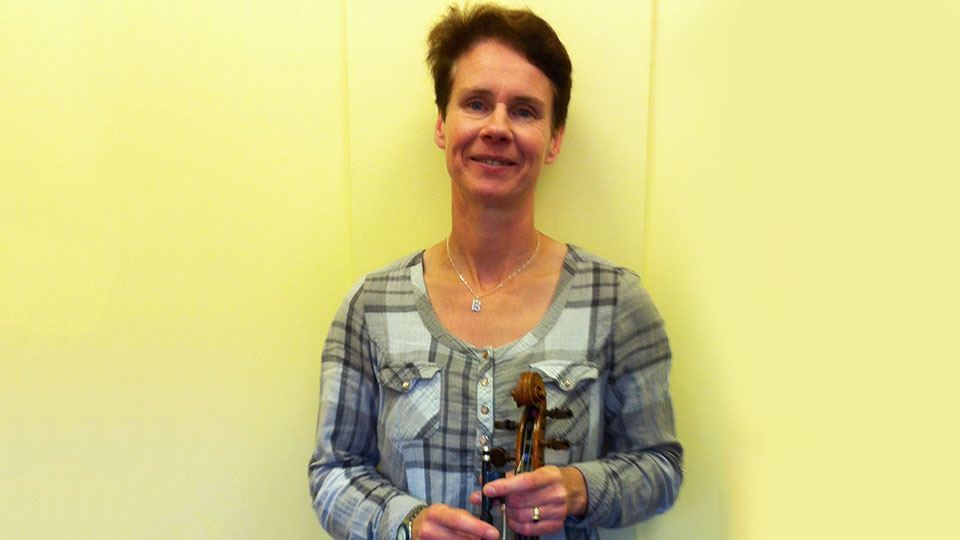 Born in Liverpool, Karen studied with Robert Braga and then at the Royal Academy of Music with Stephen Shingles. She also played in masterclasses with Peter Schidlof, Csaba Erdelyi, Emmanuel Vardi and Gerard Causse as well as further studies with Nubuko Imai and Kato Havas. While at the Academy she won all the prizes for viola playing, amongst other awards, and performed the Gyula David Viola Concerto with the Merseyside Youth Orchestra. On graduating she received scholarships from both Martin Trust and Countess of Munster Trust for further study.

As a student, Karen was Principal Viola of the European Community Youth Orchestra and was awarded an ECYO scholarship in 1989. On graduating she became a member of the London Symphony Orchestra where she played for 9 years. Since then she has worked as a freelance player with the LSO, BBC Philharmonic and as guest Sub-Principal of the RLPO as well as other orchestra’s. Karen was one of the founder players of the LSO Discovery Project, the educational outreach work of the orchestra, and has led many classes for pupils and teachers in schools nationally. She has worked as viola tutor for Merseyside, Essex and London Schools Youth Orchestras. Karen currently teaches at St. Albans High School for Girls as well as the RCMJD.