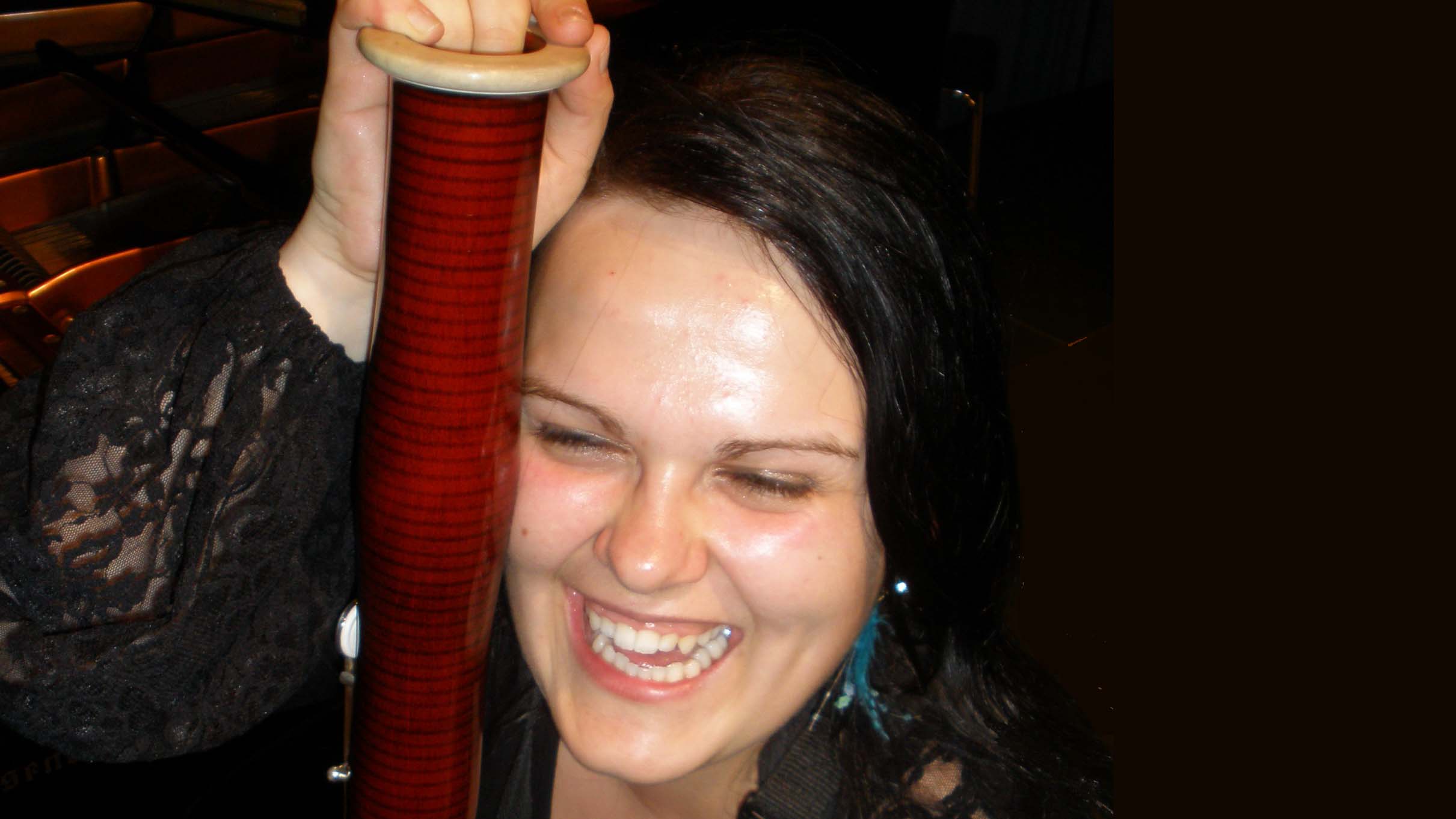 In 2012, Austrian- born bassoonist Susanne Simma graduated from the Royal College of Music with a Master of Performance degree and a Master of Science in Performance Science. Her studies were generously supported by the Lions Club Vorarlberg and a scholarship of the “Impuls Privatstiftung.” For her final year, Susanne was awarded the prestigious “Leverhulme Orchestral Mentorship”. Prior to her studies, she completed her undergraduate study for Bassoon and Piano at the Mozarteum Salzburg/Landeskonservatorium Vorarlberg. Here she studied under the tutelage of Allen Smith and Irina Puryshinskaja and was twice awarded a scholarship given to talented musicians from the county Vorarlberg before graduating with distinction in 2010. She has participated in masterclasses with many eminent bassoonists such as Richard Galler, David Seidel, Lyndon Watts, Daniel Jemison and Alexander Meyrick and Martin Gatt. Recent highlight includes an invitation to participate in the Banff Masterclasses 2016 under the tutelage of the renowned bassoonist Frank Morelli and being invited to the Music Education Academy of the Philharmonie Luxembourg. Her stay in Banff was kindly supported by a Career Development Bursary by Help Musicians UK.

Over the last years, her interest in music and its impact on social transformation has increased, leading to outreach and participation work as well as accepting a place on the Ivy – League curated Global Leaders Program. Her teaching experience includes masterclasses in Europe and America. In 2016, she joined the Junior Department of the Royal College of Music as a Bassoon and Chamber music teacher. Furthermore, she is the Bassoon teacher at Haberdashers’ Aske’s School for Girls and Tower House School and also provides ensemble coaching at Westminster Cathedral Choir School.

Susanne is much in demand as a soloist, orchestral and chamber musician. In 2011 she was selected as an RCM Rising Star and has performed the Vivaldi Concerto in B flat Major with the Southbank Sinfonia at various venues, as well as the Concerto for Bassoon by Mozart and a modern bassoon composition Fantasy for a Blue Bassoon, written by Gernot Wolfgang. Susanne has been performing with orchestras such as Southbank Sinfonia, BBC Concert Orchestra, Royal Opera House, Bath Philharmonia, Sinfonietta Vorarlberg as well as being a member of the Sinfonieorchester Vorarlberg. Furthermore she has worked alongside in Side by side schemes with LSO, BBC and Academy of St Martin in the Fields. Chamber music has always been a passion and after having worked with established groups such as Le Concert Impromptu, Susanne co – founded her own group, the Ellis Ensemble.

Susanne has a keen interest in combining performing with teaching and is very interested in all the research supporting musicians in their profession. She has published a book on Mental Training in the Akademieverlag, Germany.