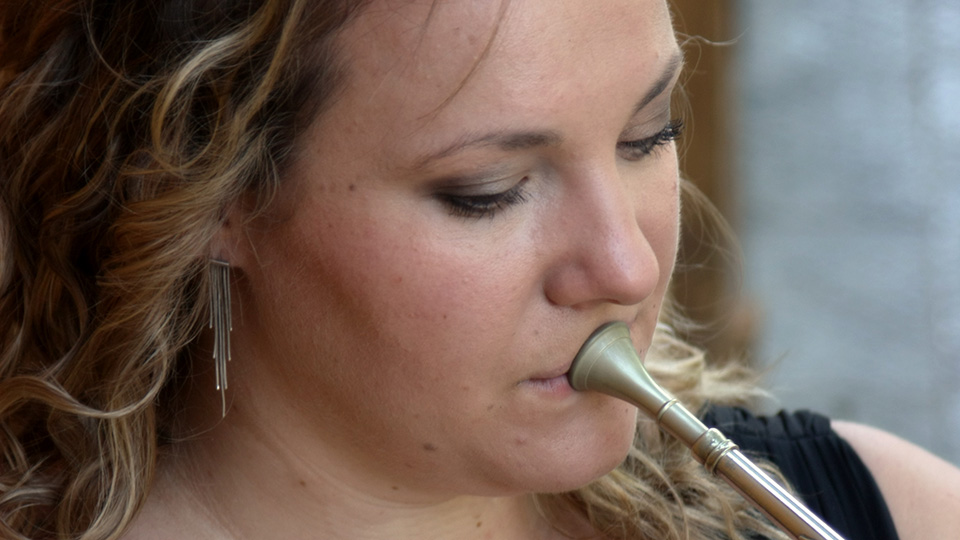 Francesca progressed through the National Children’s Orchestra and National Youth Orchestras of Great Britain, before reading Music at Newnham College, Cambridge, holding an instrumental award scholarship. Following her undergraduate studies, she won a full scholarship (awarded by the ABRSM) to study at the Royal Academy of Music where she was Principal horn of all Academy orchestras and winner of numerous awards, including the prestigious Dennis Brain Memorial Horn Prize. Graduating with distinction, she was appointed Principal Horn of the Philharmonic Orchestra of Santiago, Chile, before returning to London to launch a freelancing career. Francesca is Principal Horn of the Orchestra of the Swan, and an established soloist, giving regular recitals around the UK. She performs concertos with the orchestra and in 2014 played the World Premiere of Roxanna Panufnik’s ‘The Generation of Love’. She performed Britten’s ‘Now Sleeps the Crimson Petal’ at the memorial service for the late John Amis, and is also an experienced chamber musician. Francesca works with many of the top UK orchestras including the BBC Symphony Orchestra, Royal Philharmonic Orchestra, and the London Chamber Orchestra. Upon returning to the UK she spent a season working with the Welsh National Opera and performs regularly with the Longborough Festival Opera. She also works as a film session musician with the London Metropolitan Orchestra and with theatre companies, including the Royal Shakespeare Company. Francesca studied at the Royal College of Music Junior Department and is delighted to have returned as a teacher!