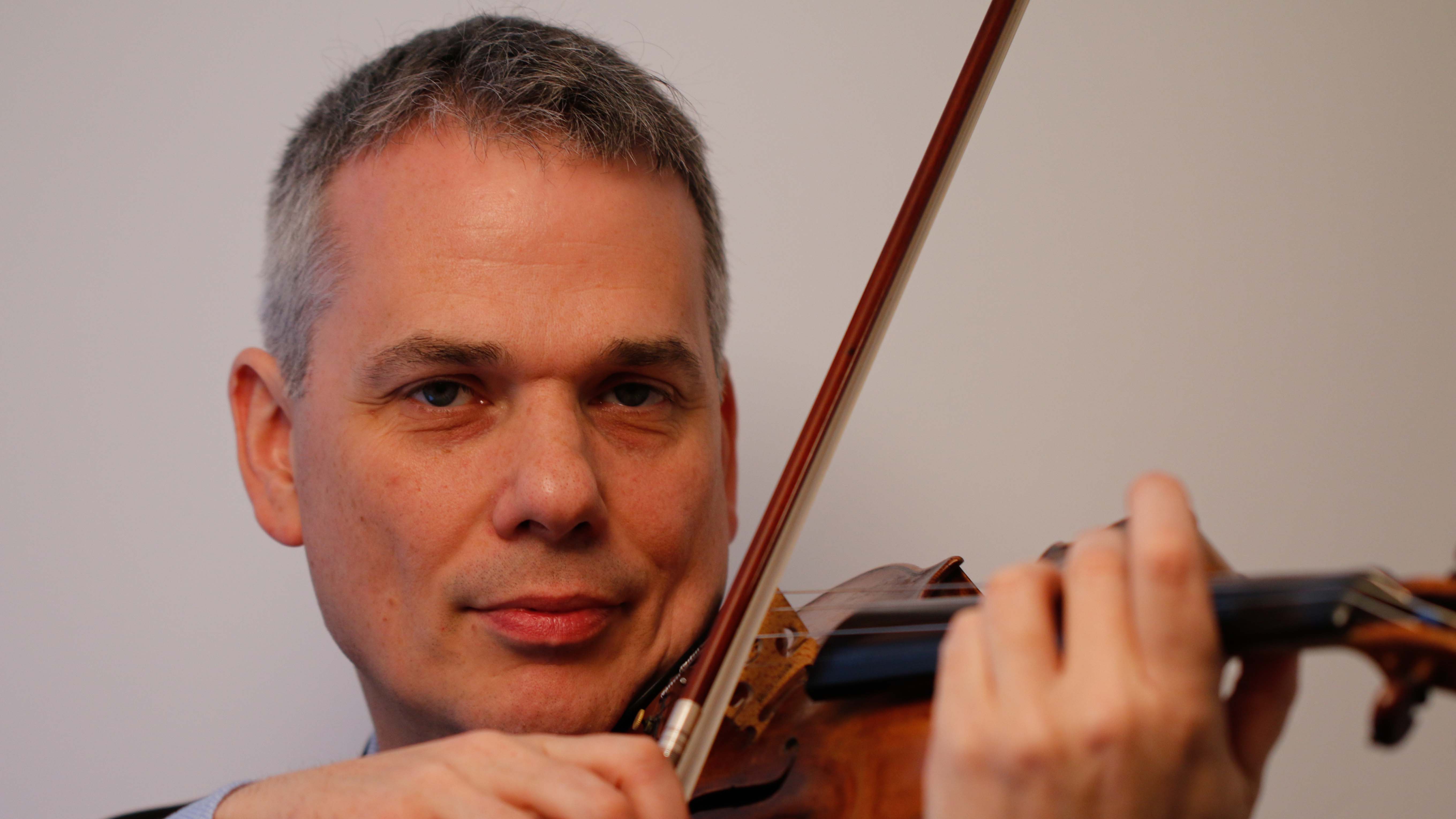 Simon Smith is a violinist of wide ranging interests. He has been active as a soloist, chamber musician and teacher worldwide for 30 years.

After his London debut recital he was hailed in The Times as “a virtuoso who is at once darkly cool and immensely persuasive” and for “selfless playing, devoted to making the music exist as fully as possible” and praised in The Guardian for “startling talent”. An encore at a subsequent London recital was described in The Strad magazine as being “played with the characteristic poignancy and expressive power which made this concert so enchanting.”

Recently his disc of solo violin works by Kurtag and Bartok drew praise in The Strad Magazine as a “luxuriantly detailed reading” and in Gramophone Magazine for “his thoughtful, sympathetic performances.”

He has performed as a soloist with orchestras such as the Academy of St. Martin in the Fields, the Philharmonia, and the Royal Liverpool Philharmonic. Recitals have included the Wigmore Hall and the Purcell Room. He has performed extensively across Russia with recitals and concerto performances from Moscow to Vladivostock, and played concertos in Hong Kong and Beijing. His repertoire ranges from baroque to contemporary and has a number of ongoing projects to expand the violin repertoire through commission and rediscovery of lost works.

A committed chamber musician, Simon was a member of the Academy of St. Martin in the Fields Octet, performing in concert halls and broadcasts worldwide. Other projects have included the release of a CD of duos and trios by Kodaly and Dohnanyi.

In addition to teaching at RCM Junior Department Simon has taught at the Royal Birmingham Conservatoire since 2004. He also teaches specialist violinists and viola players at Wells Cathedral School.

He has given masterclasses throughout the UK and has visited and taught in institutions such as Central Conservatoire, Beijing; Academy of Performing Arts, Hong Kong; Zhiganov State Conservatoire, Kazan, Russia, and Nanyang Academy of Fine Arts and School of the Arts in Singapore. In 2018 he will be giving a class at the Moscow Conservatoire. He has been on the jury for international competitions, including as chair of a new competition in Kazan, Russia.

He plays on a Rogeri violin, made in 1708. He acts as a consultant to Viaduct Violins in Paris.