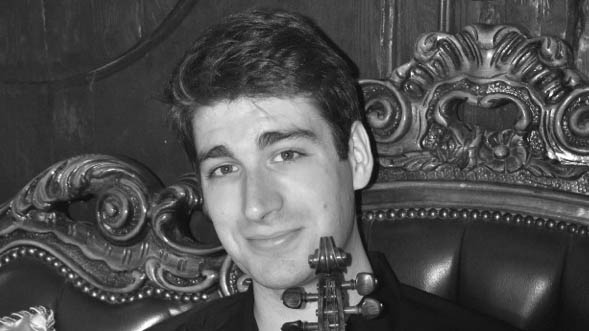 Laureate of the Aram Khachaturian International Violin Competition, as well as the Zanuccoli competition in Italy, Pierre Frapier is establishing himself as a fine young musician.

A Concordia Foundation Artist, living now in the U.K, Pierre Frapier is an Artist Diploma graduate of the Royal College of Music, under the guidance of Prof. Itzhak Rashkovsky.

Always wishing to widen his horizons and meet interesting characters he was asked to collaborate with actor Hugh Grant and film director Stephen Frears on the BBC/Blueprint production "A Very English Scandal" airing in 2018.

He teaches violin and chamber music at Royal College of Music and plays a rare violin by the Voller Brothers, made in London in 1894.