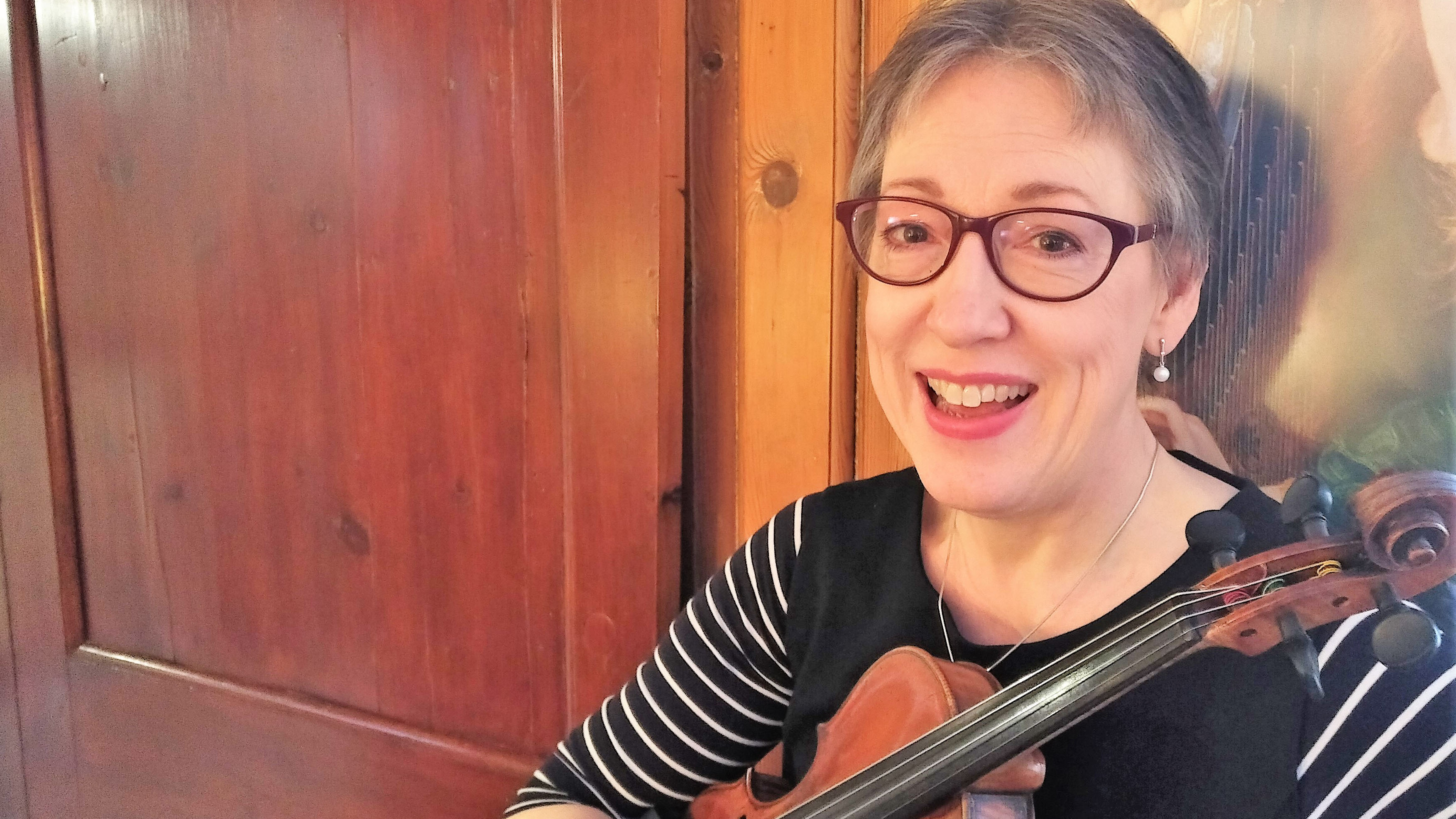 Cynthia Fleming was born in Texas in the USA and came to England on a 4-year scholarship to study with the renowned Hungarian teacher Bela Katona at Trinity College of Music where she gained her LTCL Performers degree in 1980.

Cynthia joined the BBC Concert Orchestra in 1982 and was appointed Associate Leader in 1987. Subsequently, in 2003, she was appointed Leader. In addition to her usual duties as Leader, she appeared frequently as a soloist with the orchestra, both on TV and Radio, including the BBC Proms. As Leader, she undertook many concert tours around the world including Europe, America, the Middle East, and the Far East. A particular highlight was a tour to China in 2013 when she appeared as soloist in Vaughan Williams’s “The Lark Ascending”, broadcast live on Chinese State Television and Radio to over a billion people.

Cynthia has also performed as Guest Leader with many orchestras including the Hallé, the RTE Concert Orchestra in Dublin, the BBC National Orchestra of Wales, Welsh National Opera and the National Symphony Orchestra.

In 2014 Cynthia took early retirement from the BBC to concentrate on teaching, coaching and adjudicating. In addition to her work at the RCM, Cynthia enjoys her private teaching at home in Lincolnshire where she lives with her husband, the conductor Roderick Dunk.