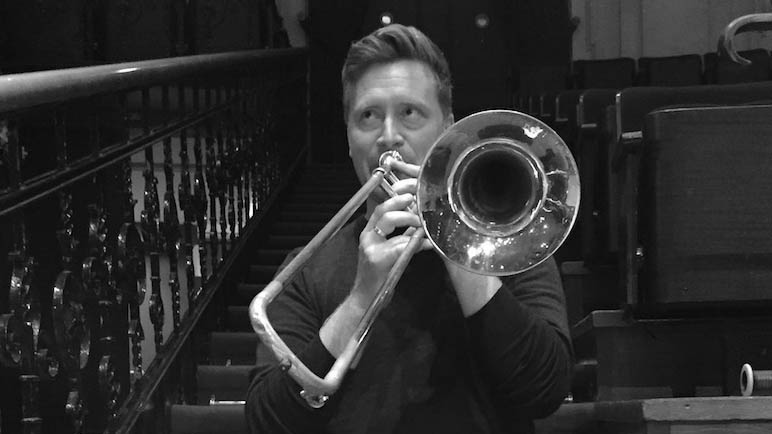 Richard Ward is a London based trombonist, educator and conductor.

Richard is from Yorkshire and a fifth-generation brass player. He has been a professional trombonist for twenty years and regularly plays with many of the major orchestras. Richard has performed in almost in over two dozen West End musicals, on film and television soundtracks and in many recording sessions.

Richard has conducted professional ensembles such as the Philharmonia Orchestra. He has been musical director of RCM 'Brass Band in Residence' Zone One Brass since 2009, making four appearances in the prestigious 'National Champions' at the Royal Albert Hall.

As an educator, Richard works at the Royal College of Music Junior Department and is Head of Brass at the University of Huddersfield. He has worked on and devised community, learning and participation projects. He was co-creator of the brass education project 'Brass Tracks' which won the 'Outstanding Musical Collaboration' accolade at the London Music Awards in 2014. His coaching has taken him to Conservatoires, Universities, youth and amateur ensembles in the UK and Europe.