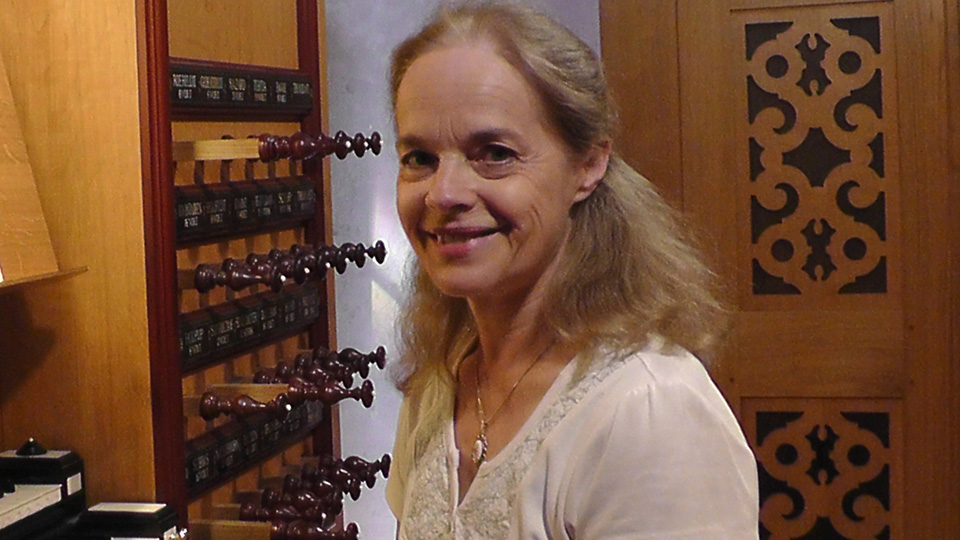 Margaret Phillips studied organ with Ralph Downes at the RCM, gaining the Limpus Prize at both Associateship and Fellowship examinations of the Royal College of Organists. She subsequently studied in Paris with Marie-Claire Alain. As a recitalist she has played throughout Europe and in the USA, Canada, Australia and Mexico. She has also worked as accompanist and continuo player with groups such as the BBC Singers and The Sixteen, acted as a jury member for international competitions and taught at international summer academies such as that held at Haarlem. Her numerous CDs, which include the complete organ works of Bach, Mendelssohn, Saint-Saëns and Stanley, have been highly praised, the first two volumes of the Bach series being hailed as ‘some of the finest performances of Bach chorale preludes on disc’. Her most recent release, Capriccio, is of contemporary music for organ. Recent performance highlights include an evening recital at the Royal Festival Hall in their international series Pull Out All the Stops (which was also broadcast on BBC Radio 3), as well as celebrity recitals at both Westminster Abbey and St Paul’s Cathedral. In 2015 she gave two marathon series, each of 18 concerts, of the complete works of Bach: first at the English Organ School in Milborne Port, Somerset, and then in London at St George’s, Hanover Square. She is much in demand as a private teacher, and joined the professorial staff of the RCM in September 1996. Though her repertoire is eclectic, she has a special interest in music from the 18th century.