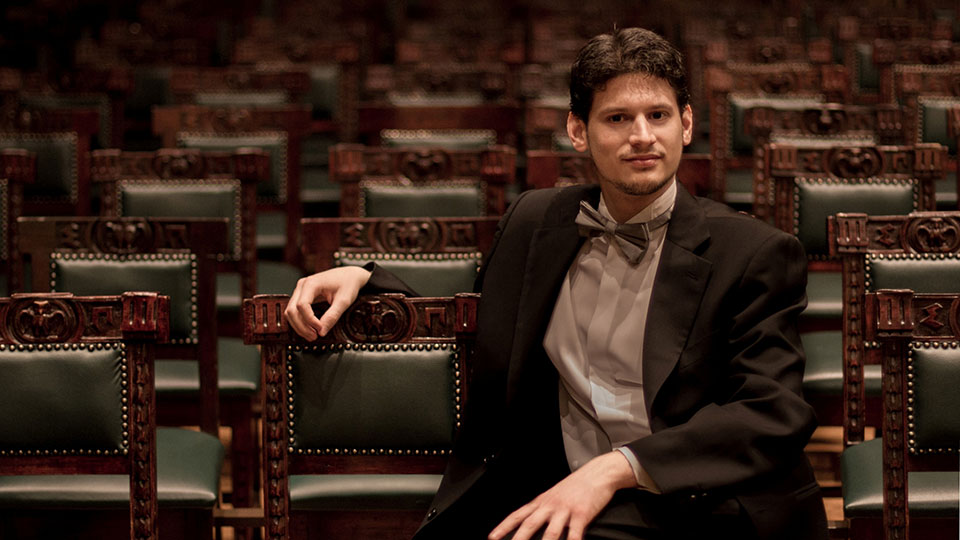 Konstantinos Destounis is pursuing a doctoral degree at the Royal College of Music, supported by an Eleanor and Gary Brass Award. The title of his research is ‘Theodore Antoniou’s piano works in the context of Greek contemporary piano repertoire: a performer’s approach’. Konstantinos has worked closely with the renowned Greek composer, Theodore Antoniou; his world première recording of Antoniou’s complete piano works has been released by Naxos’ series ‘Grand Piano’ and has received praising reviews by various music journals, including ‘Gramophone’. For more information about the recording, please visit: https://www.naxos.com/catalogue/item.asp?item_code=GP779

Konstantinos Destounis (b. 1991 in Athens) is regarded as one of the most prominent Greek artists of his generation. He is a prizewinner in many international piano competitions, most notably the ‘Grand Prix Maria Callas’ in Athens, the ‘Southern Highlands’ in Canberra, the ‘Giorgos Thymis’ in Thessaloniki and the Bremen European Piano Competition. As the winner of Greece’s national competition, he represented his country at the ‘Eurovision Young Musicians’ in Vienna. His numerous awards also include the ‘Gina Bachauer’ Piano Prize of the Spanish association ‘World in Harmony’, the ‘Young Artist Prize’ of the Greek Drama and Music Critics Association, the UNESCO Gold Medal and the ‘Mykoniou’ Prize of the Academy of Athens (Order of Letters and Fine Arts).

Konstantinos has performed as a soloist with numerous orchestras in the UK, Greece, Germany, Spain and Australia. His performing career has led him to prestigious venues, such as the Royal Albert Hall and St John’s Smith Square in London, La Fenice in Venice, Llewellyn Hall in Canberra, the Glocke Saal in Bremen, the Megaron in Athens and Thessaloniki.

After graduating from the Hellenic Conservatory and the University of Macedonia in Greece, he went on to receive a master’s degree at the Mozarteum University in Salzburg and an artist diploma at the Royal College of Music in London.