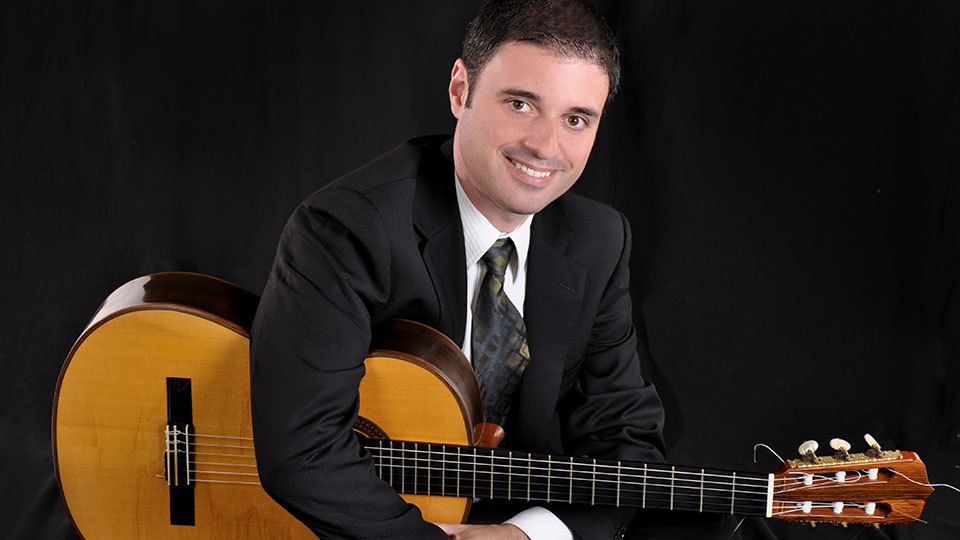 In his doctoral research at RCM, Luiz investigated the guitar chamber sonatas of Austrian composer Ferdinand Rebay (1880-1953), under the main supervision of Dr Natasha Loges. His thesis aimed at situating Rebay’s music historically within the guitar repertoire, while also dealing with the main issues that emerge from its performance.

A winner of the Pro Musicis International Award (New York, 2001), Luiz Mantovani has appeared as a soloist and chamber musician in some of the most important concert venues of his native Brazil and abroad. His performance of Walton’s Five Bagatelles was described by The New York Times as "powerful, beautifully shaped and just practically flawless". From 2004 to 2015, Luiz was a member of the Brazilian Guitar Quartet, one of world’s most sought-after guitar ensembles, with which he performed extensively in four continents. With them, he has recorded three CDs for Delos International, including the 2011 Latin-Grammy winner for Best Classical Album, "BGQ plays Villa-Lobos". In 2016, he founded the NOVA Guitar Duo with German guitarist Nelly von Alven, who he met during his studies at RCM and with whom he is married today. The ensemble explores the unique possibilities of the unusual combination between the traditional and the 8-string guitar, also known as 'Brahms-guitar'. The duo has recently made their north-American debut at Carnegie Hall in New York and released their first CD, "Sortilegios", with the Italian label Stradivarius.

Luiz Mantovani was a CAPES-sponsored doctoral student at the Royal College of Music in London. He was the first guitarist to receive the prestigious Artist Diploma from the New England Conservatory of Music in Boston, also holding a master’s degree with honours from NEC and a bachelor’s degree from the Federal University of Rio de Janeiro. His guitar teachers were David Leisner, Nicolas Barros and Antônio Guedes. In addition to his performance career, Luiz Mantovani holds a professorship at the State University of Santa Catarina, in Florianópolis, Brazil.