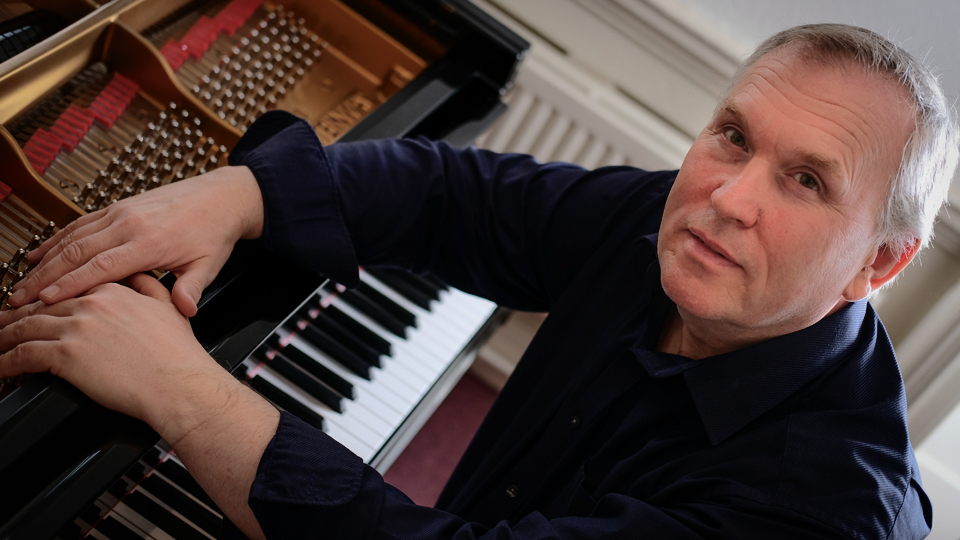 John Byrne was born in Lancashire and received his early training with local teachers. At the age of 17 he began to study privately with Marjorie Clementi and the following year continued his studies with her at the Royal Northern College of Music in Manchester, winning a major scholarship and gaining the Graduate and Performer's Diplomas. Further study then followed with Ruth Harte at the Royal Academy of Music in London where he was awarded the Recital Diploma and won all the major scholarships and prizes open to him including the Academy's most prestigious award for pianists - the MacFarren Gold Medal. In 1981 he won the English Speaking Union Fellowship which enabled him to study in the United States with Menahem Pressler of the Beaux Arts Trio. He has also worked in Paris with Vlado Perlemuter and was awarded a British Council scholarship for two years postgraduate study with Vera Gournastaeva at the renowned Tchaikovsky State Conservatoire in Moscow. Around this time he was also awarded scholarships by the Governments of France, Italy, Germany, Hungary and Poland (Chopin Fellowship). In England he was a finalist for the National Piano Competition and amongst other awards has won the Grover-Bennett, Ludgate and Craxton Memorial Scholarships, the Leslie England Prize and a major Leverhulme Award. He has performed as soloist and recitalist in most parts of the United Kingdom and has also given concerts in the USA, Western Europe and Russia.

John's many prize-winning pupils have established him as one of the leading piano teachers of his generation and given him an international profile. Early in his career he taught in Moscow and at Indiana University in the USA. In this country he was on the faculty of the Purcell School from 1997-99 and was Professor of Piano at the Royal Welsh College of Music and Drama from1993-99. He was appointed Professor at the Royal College of Music in1996 and has been Head of Keyboard on the specialist music scheme at Wells Cathedral School since 2000. WCS is an internationally renowned specialist music school whose keyboard department attracts exceptional young talents from around the world.

In addition to his work at the RCM and WCS he is also a diploma examiner for the ABRSM, sits on competition juries and gives masterclasses, most recently in Shanghai, Dublin, Hong Kong and Singapore. He was a regular adjudicator for the BBC Young Musician Competition from 1998 to 2006 and has served as external examiner to all the major British conservatoires. He lectured on the Art of Teaching at both the Royal Welsh College of Music and Drama and the Royal College of Music in London and has also served as a mentor on the ABRSM's professional development course for piano teachers in the UK, Singapore and Hong Kong.