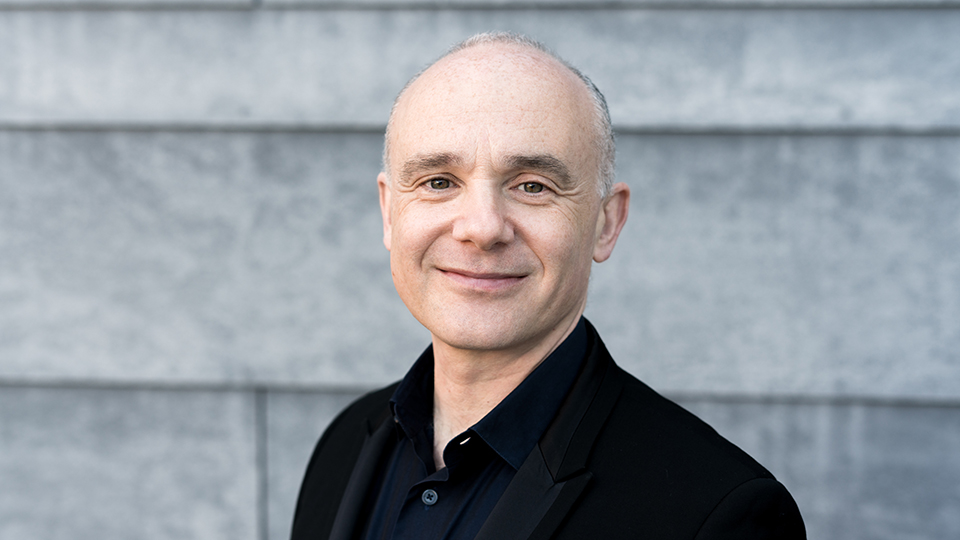 Andrew Zolinsky’s unique style of programming and his individual interpretations have secured performances at many prestigious venues and festivals. His work with living composers brings a vivid freshness, energy and passion to his interpretations of music from previous eras.

Andrew has given World and regional premieres of many of David Lang’s works, including the world premiere in New York of the complete set of Memory pieces. Lang’s beautiful piano piece ‘This was written by hand’ was written especially for Andrew; he has recorded both this and the Memory Pieces on the Cantaloupe label.

Andrew is also very closely associated with the music of Unsuk Chin. He has performed her complete Etudes for solo piano on many occasions, including the French (Festival Musica in Strasbourg), London (Wigmore hall) and Italian (Venice Biennale) premieres. Andrew also gave the London première of her Piano Concerto with the BBC Symphony Orchestra conducted by Miguel Harth-Bedoya. As part of the BBC’s ‘Total immersion’ series in 2011, Andrew gave the UK premiere of the Double Concerto with percussionist Owen Gunnell and the London Sinfonietta conducted by Stefan Asbury at the Barbican Centre.

In addition to Lang and Chin, Andrew has, on many occasions, performed works by Laurence Crane, Michael Finnissy, Michael Zev Gordon, Simon Holt, Patrick Ozzard-Low, Valentin Silvestrov and Diderik Wagenaar; Finnissy, Zev Gordon, Lang and Holt have written and dedicated pieces to him.

Andrew has also performed at most of the major UK venues, and at Merkin Hall, Brooklyn Academy of Music and Le Poisson Rouge in New York, the Venice Biennale, International Piano series at London’s Southbank Centre, Piano Rarities Festival in Husum, Germany and in China, the Czech republic, Ireland, Japan, Lithuania, Spain, Taiwan and Canada.

Andrew gives masterclasses and concerts each year at the Forum Musikae International Summer School in Madrid. He was President of the jury at the 8th International Contemporary Piano Competition of Orlèans, for Youth, 2019.

Andrew is professor of piano at the Royal College of Music, London, and at Goldsmiths, University of London.