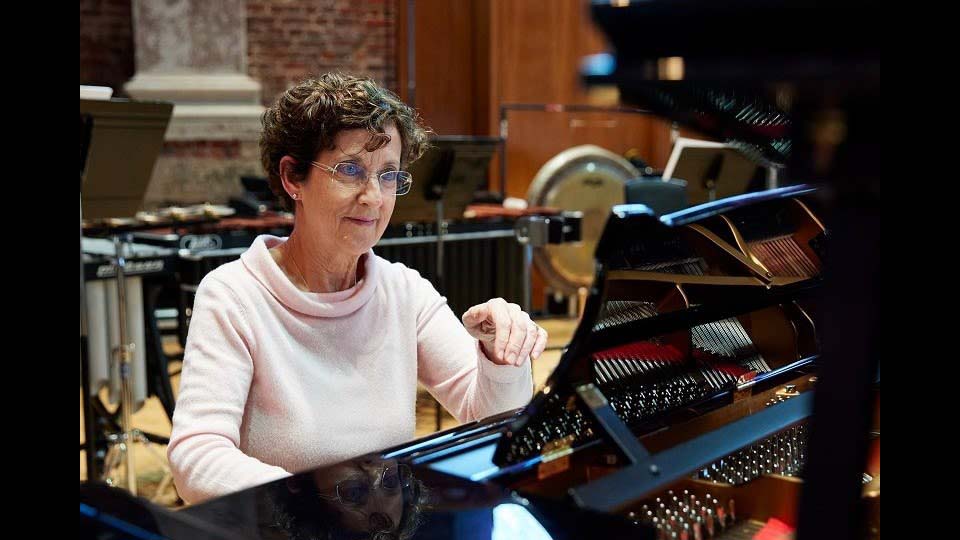 Elizabeth Burley won a scholarship to study at the Royal College of Music. She enjoys a varied career and is much in demand particularly as a chamber musician and orchestral pianist. She has given concerts throughout the United Kingdom, Europe, Japan and North America with many leading soloists including Hakan Hardenburger, Michael Collins, Isabelle van Keulen, Robert Cohen and Philippe Graffin.

She has made numerous chamber music recordings, most recently a disc of piano duets with Kathryn Stott.

As orchestral pianist Elizabeth performs regularly in concerts, tours and recordings with orchestras such as the London Symphony Orchestra, Philharmonia and BBC Symphony Orchestra. In this work she has collaborated with many of the 20th Century’s leading composers including Lutoslawski, Carter, Boulez, Berio, Knuusen, Ades and Adams.

In the 2004 Proms season she made her debut as a solo artist in a performance of Colin MacPhee’s Tabuh-tabulan with the BBC Symphony Orchestra.

Elizabeth has broadcast regularly on BBC radio and television and is currently official accompanist of the BBC Young Musician of the Year Competition.