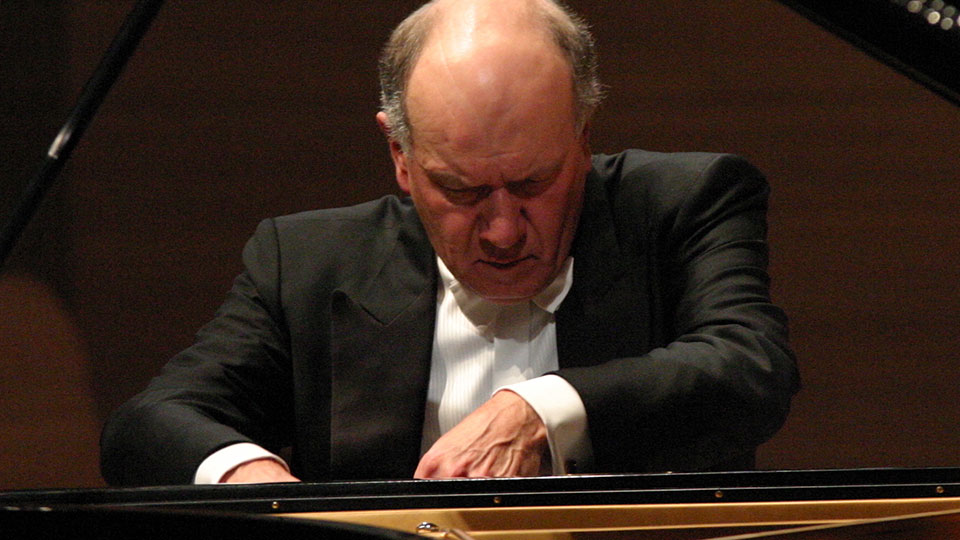 John Lill enjoys an international concert career spanning fifty years. He gave his first piano recital at the age of nine, and at eighteen performed Rachmaninov’s Third Piano Concerto under Sir Adrian Boult, and went on to make his much-acclaimed London debut playing Beethoven’s Emperor Piano Concerto at the Royal Festival Hall. He went on to win many prestigious international prizes and awards, and in 1970 was the winner of the Moscow International Tchaikovsky Competition, which further consolidated his already busy international concert schedule.

John’s career has taken him to over fifty countries, both as a recitalist and as a soloist with the world’s greatest orchestras. He regularly performs in all the European capitals (including Amsterdam, Berlin, Paris, Prague, Rome, Stockholm and Vienna), Russia, the Far East, Australasia (including several ABC tours), and he is a frequent visitor to the United States, where he has worked with the Cleveland, New York Philharmonic, Philadelphia, Dallas Symphony, Baltimore Symphony, Boston Symphony, Washington and San Diego Symphony Orchestras. Recently John Lill has performed with, among others, the St Petersburg, Hong Kong, Malaysian, NHK, Stockholm, Rotterdam, Sudwestdeutsche, London and Royal Philharmonic Orchestras, the NDR Orchestra, the Baltimore and Vancouver Symphony Orchestras, the Orchestre Philharmonique de Radio France, the Orchestre National de Lyon, and has given recitals throughout the UK, USA, Canada, France, Germany, Netherlands, Switzerland, Czech Republic, South America and Australia.

John’s extensive repertoire includes more than 70 concertos. He is acclaimed in particular as a leading interpreter of Beethoven, whose complete piano sonatas he has performed on several occasions in the UK, USA and Japan. In Britain, John has given over 30 BBC Promenade concerts and regularly appears with all the major orchestras. He has toured overseas with the London Symphony, London Philharmonic, BBC Symphony, City of Birmingham, Hallé, Royal Scottish National and BBC Scottish Symphony Orchestras.

John was awarded the CBE for his services to music in the 2005 New Year’s Honours List.