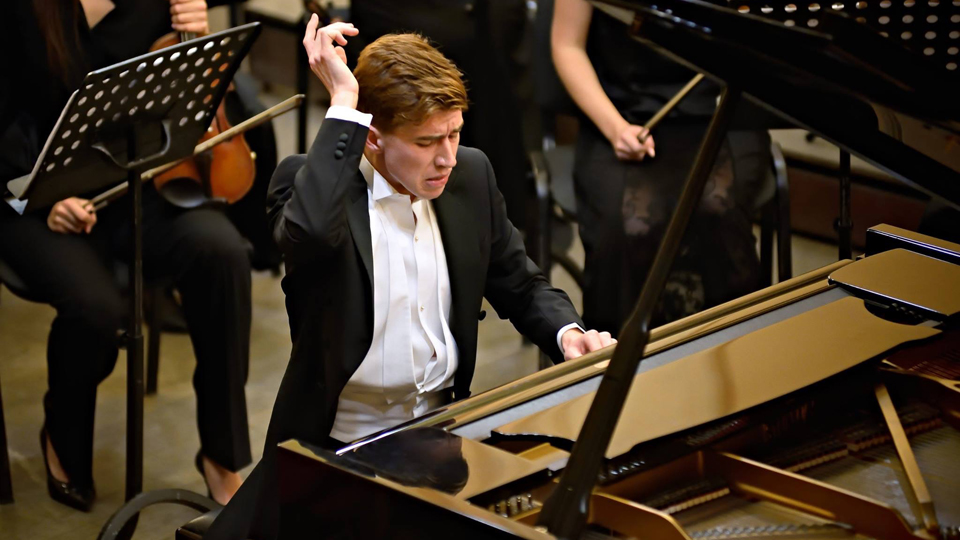 A critically acclaimed pianist, Ilya Kondratiev is the prize-winner of several renowned international music competitions, including Franz Liszt Budapest 2011, Franz Liszt Weimar 2011, the Fifth Tbilisi 2013, Brant Birmingham 2015 and Chappell Gold Medal in 2016. Born in Russia, he studied from the age of seven in Samara with the distinguished teacher Victoria Soifer and, from the age of 16, at the Moscow State Tchaikovsky Conservatory with the People’s Artist of Russia Zinaida Ignatieva. In 2014 he moved to London in order to further his studies at the Royal College of Music under Vanessa Latarche and Sofia Gulyak, graduating with a Master of Performance and an Artist Diploma.

Ilya performs extensively as a soloist and chamber music player at venues such as the Great Hall of Moscow Tchaikovsky Conservatory, Gasteig Munich, Weimarhalle, Palacio de Festivales de Santander, the Palaceof Arts in Budapest and the Great Hall of the Tbilisi Conservatoire. In 2011 Ilya was invited to work with Elisabeth Leonskaya at the Franz Liszt Piano Academy in Schilllingfurst, Germany and with Pavel Gililov at the Eppan Piano Academy in Italy. He has also performed in the masterclasses of Dina Yoffe, Konstantin Shcherbakov, Willem Brons, Dmitry Bashkirov, Jerome Rose, Leslie Howard, Lang Lang and Arie Vardi.

In 2015 and 2017 Ilya was invited to the 'Encuentro' Festival in Santander and in 2016 appeared as a guest artist in the Gumusluk Festival in Turkey, and the Beethoven Music Festival and Academy in Altaussee in Austria.