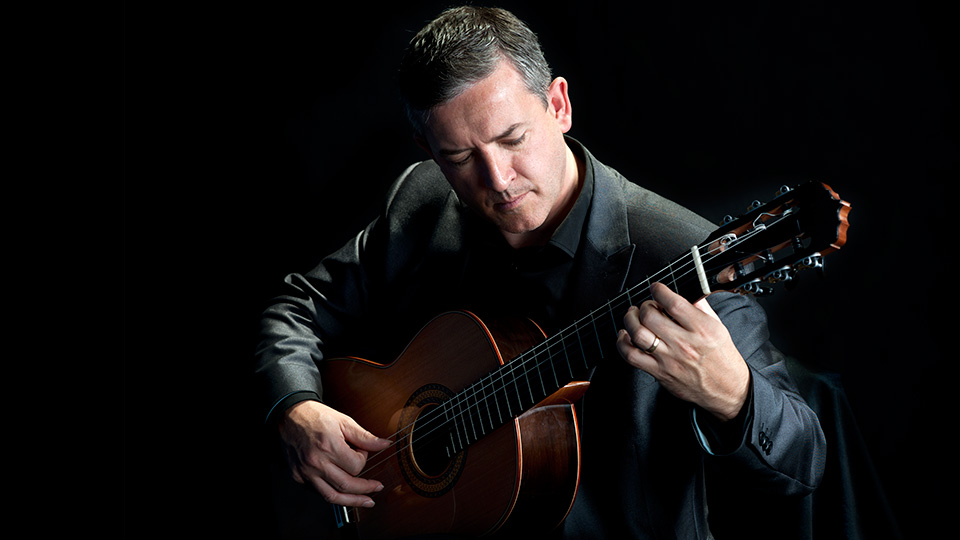 The British guitarist Gary Ryan is a leading exponent of the guitar and has performed to international critical acclaim, becoming the first guitarist since John Williams in 1983 to be awarded a Fellowship of the Royal College of Music in 2013. Ryan studied as a junior at the Guildhall School of Music, later winning a scholarship to study at the Royal Academy of Music in 1987, where he studied with Timothy Walker. In 1991 he graduated with first class honours and many awards, including the Julian Bream Prize for guitar, the John Mundy String Prize and the Dorothy Grinstead Prize for an outstanding all-round student. He then pursued post-graduate studies at the RAM with an award from the Fleming Trust and was later made an Honorary Associate of the Royal Academy of Music in 1997. Gary made his London recital debut for the Park Lane Group Young Artists Series at the Purcell Room in 1994 and was subsequently invited to perform a series of recitals for the Kirckman Concert Society at London’s South Bank Centre. In 1996 he was then appointed as a Professor of Guitar at the Royal College of Music in London and currently combines a busy performing career with his role there as Assistant Head of Strings. Gary is also well known for his many guitar compositions which combine traditional classical techniques with a rich variety of musical influences from around the world, as in his acclaimed solo piece Benga Beat which was premiered in 2011. In 2016 he was invited by John Williams to form 6 Hands, a new collaborative guitar trio with the jazz guitarist John Etheridge which will be touring the UK in 2017.