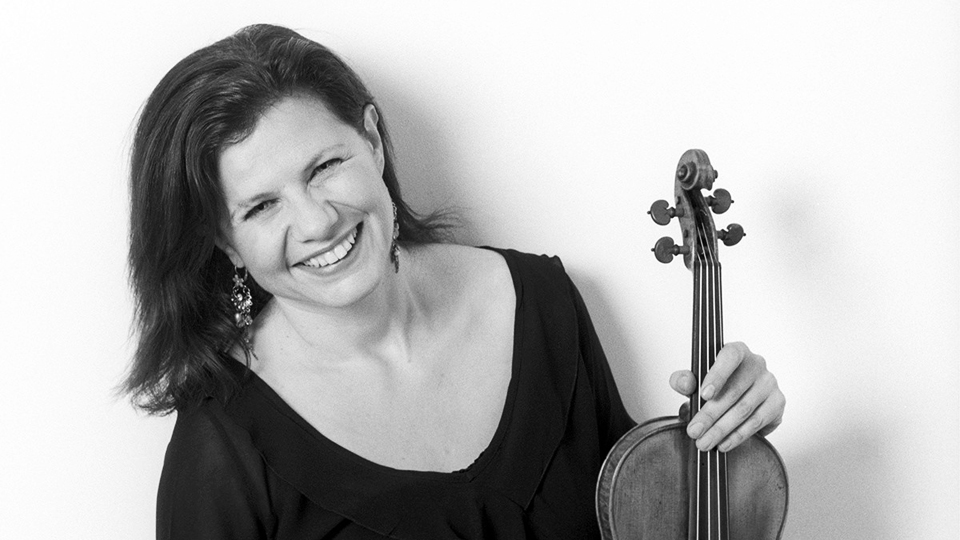 Gabrielle Lester was born in London. She studied at the Yehudi Menuhin School, the Royal College of Music and the Hochschule Mozarteum, Salzburg with Sandor Vegh.

As a founding member of the Chamber Orchestra of Europe, she played principal second violin under Nikolaus Harnoncourt, recording the Mozart and Beethoven Symphonies live to much critical acclaim. Gabrielle played principal second violin with the Scottish Chamber Orchestra and whilst there was invited by Sir Simon Rattle to take the post of Principal second violin with the City of Birmingham Symphony Orchestra, with whom she appeared as a soloist in the Proms. She then joined the Royal Philharmonic Orchestra as assistant leader and was also on the board of directors. During this time she was invited to guest lead many British symphony orchestras including the BBC Symphony Orchestra and the London Philharmonic Orchestra. She was also invited by Sir Simon Rattle to lead the Orchestra of the Age of Enlightenment in a stage performance at the Proms.

Gabrielle has taken part in chamber music festivals as a performer, teacher and coach, including appearances at the Mendelssohn on Mull festival, the International Musicians Seminar, Prussia Cove, the Lockenhaus, La Domaine Forget in Canada, Sangat festival in Bombay and Kuhmo in Finland. She has also coached chamber music at the Guildhall School of Music and the Royal Northern College of Music. She was a member of the Barbican Piano trio with whom she recorded Russian music by Taneyev, Schnittke, Tchaikowsky and Rachmaninov. Coaching orchestras is an important aspect of Gabrielle’s work; she has coached at the Royal College of Music for the past eleven years and also the national youth orchestras of Catalonia, Spain and Australia.

For the past five years Gabrielle has spent time in the studio, leading orchestras for recordings of the Harry Potter, Lord of the Rings, The Young Victoria, Dr Who and Torchwood scores. She has also been performing the film music of Michael Nyman for the last ten years.