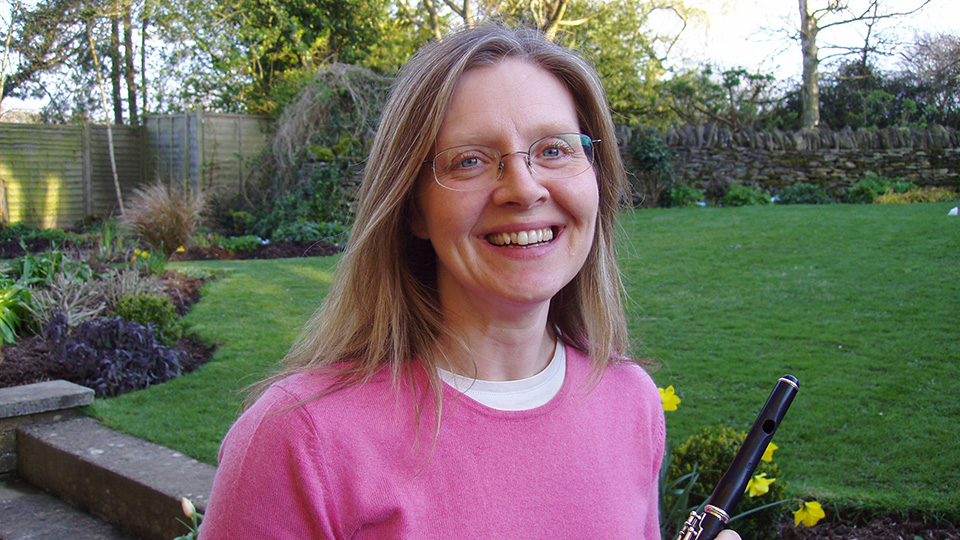 Kathleen Stevenson was born in Glasgow and studied flute at the Royal Scottish Academy of Music and Drama with David Nicholson, before moving south to finish her musical education at the National Centre for Orchestral Studies in London. Her first professional job was with the orchestra of English National Ballet as Second Flute/Piccolo a position she held for many years, as well as freelancing with many major orchestras, such as the London Philharmonic, Philharmonia, London Symphony Orchestra and Royal Opera House amongst others. In the early 90s she moved further south, joining the Bournemouth Symphony Orchestra as a Second Flute, before leaving there to become Principal Piccolo with the Royal Philharmonic Orchestra in London. Kathleen joined the BBC Symphony Orchestra in 2003 and is currently Principal Piccolo. She has recorded music for films and TV as well as performing chamber music with, amongst others, Aequitas flute & marimba duo.