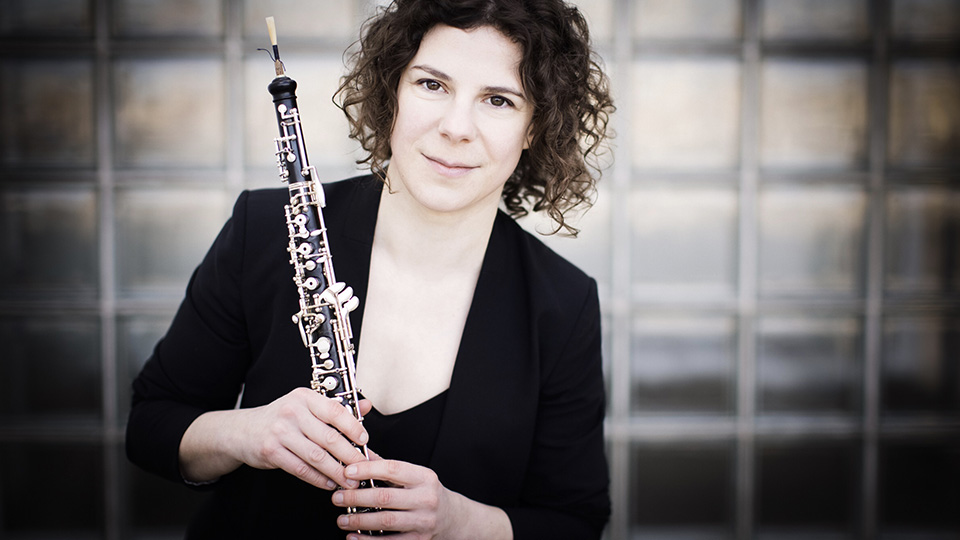 Juliana Koch is principal oboe of the London Symphony Orchestra (Music Director Sir Simon Rattle) and laureate of the ARD International Music Competition 2017. Since September 2018 she has taught as an Oboe Professor at the Royal College of Music.

Juliana has been invited all over the world as guest principal oboe with some of the most renowned orchestras, including the Symphonieorchester des Bayerischen Rundfunks, the Philadelphia Orchestra, the Chamber Orchestra of Europe, and the Los Angeles Philharmonic Orchestra.

For her debut at the Berlin Philharmonie in 2019, Juliana performed the Richard Strauss Oboe concerto together with the Deutsches Symphonie-Orchester Berlin. Other solo engagements include appearances with the Symphonieorchester des Bayerischen Rundfunks at the Philharmonie im Gasteig (Munich), the Münchener Kammerorchester, the Estonian National Symphony Orchestra with Neeme Järvi and the Osnabrücker Symphonieorchester among others.

Juliana is an active chamber musician and has performed at many prestigious festivals around the world, including Musica Viva’s Huntingon Estate Music Festival in Australia, Lucerne Festival, Bachfest Leipzig and Paavo Järvi’s Pärnu Music Festival. She has appeared in recital performances in the Bamberg Konzerthalle, NDR Hannover and Deutschlandfunk Köln.

At the ARD international Music Competition 2017 Juliana won the second prize, audience prize and the Osnabrücker Musikpreis - no first prize was awarded.

Juliana has been studying with François Leleux in Munich and Fabian Menzel in Frankfurt. Additionally she has been working with Jacques Tys in Paris. In her time in Munich, she has also been studying Baroque Oboe with Saskia Fikentscher.

The Deutsche Musikwettbewerb awarded her a Scholarship and selected her as featured artist to the German “Young Artists Concerts”.