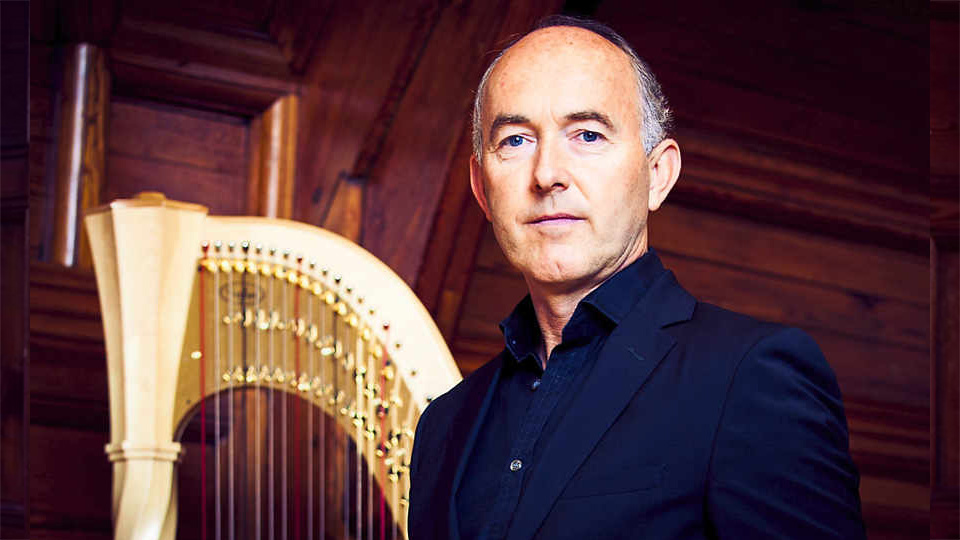 At 13, Ieuan was the youngest member of the National Youth Orchestra of Wales. He went on to join the National Youth Orchestra of GB, and then gained a scholarship to study with Marisa Robles at the Royal College of Music. After four years at the RCM, winning all the major prizes including the Tagore Gold Medal and the Queen Mother Rose Bowl for the most distinguished student of his year, he won the Royal Over-Seas League Music Competition in 1985 - only the second harpist to do so for almost 70 years.

While still a student he was appointed harpist to the House of Commons - an appointment which went on for some 13 years, and has not since been repeated.

Ieuan tours the world regularly with his harp. He has performed in more than twenty five countries, given concerto appearance with some of the worlds leading orchestras and has many recordings to his credit. Standing ovations from the Concertgebouw to the Teatro Colon in Argentina, the Port Fairy, Barossa and Melbourne festivals in Australia to the Cultural Centre in Manila, City Hall in Hong Kong and many many more.

At home he appears at all of the concert hall venues from the Albert Hall, Festival Hall, Symphony Hall, Bridgewater Hall, St David`s Hall, Wigmore Hall, Purcell Room, Queen Elizabeth Hall, Queens Hall and so on, with varied programmes that include works rarely played on the harp and often with other instruments such as the flute, violin, and a programme of harp quintets with string quartet.

Ieuan was appointed Professor of Harp at the Royal College of Music in 1997 and was awarded the FRCM in 2016.