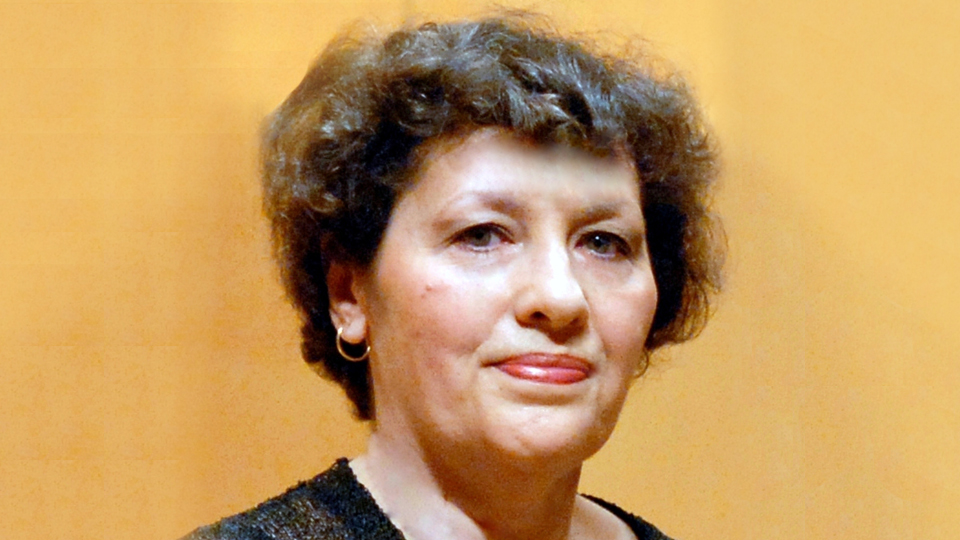 Romanian-Israeli-British violinist, winner of the prestigious Francois Shapira, Israel and Mozart Memorial Prizes, England, Ani Schnarch is internationally regarded as one of the most exciting and versatile violinists of her generation.

Born in Bucharest, Romania, Ani Schnarch started performing at the age of seven. In 1974, she moved to Israel and continued her studies with Felix Andrievsky at the Samuel Rubin Music Academy, Tel Aviv University, with whom she also studied later at the Royal College of Music, London.

Ani’s recital performances are highly acclaimed, including her contribution to the programme of Bartok and Ysaye at the South Bank and debut at Wigmore Hall debut in 1989. Ani has performed a unique series of all Bartok's works for violin and piano In Concerto across broadcast radio and television including BBC3. She has performed live in Austria, France, Germany, Israel, Norway, Romania, Russia and USA, where it was also live-streamed. Ani has appeared with major orchestras worldwide including venues in England, France, Israel, Italy, Norway, Romania, Spain, the USA, Russia and Far East. She has also played at the Bath, Bergen, Bowdoin, Lake District, Moscow and Windsor Festivals.

In addition to her busy concert schedule, Ani works as professor of violin at the Royal College of Music in London and gives masterclasses in Europe, USA, Canada, China, Singapore, Israel and Japan. She has been a Juror of numerous international violin competitions and is one of the founders and faculty member of the internationally renowned Keshet Eilon Violin Master course in Israel and the Artistic Director of New Virtuosi Mastercourse and Festivals in UK and Italy.

Ani is a Pathway Consultant at Music Masters and, at Keshet Eilon Seminars. She works collaboratively with Jewish, Christian, Muslim Israelis, and young Palestinian violinists.

In 2019, in appreciation of her services to music, Ani was awarded by His Royal Highness King Charles the IIIrd, Fellowship of the Royal College of Music.