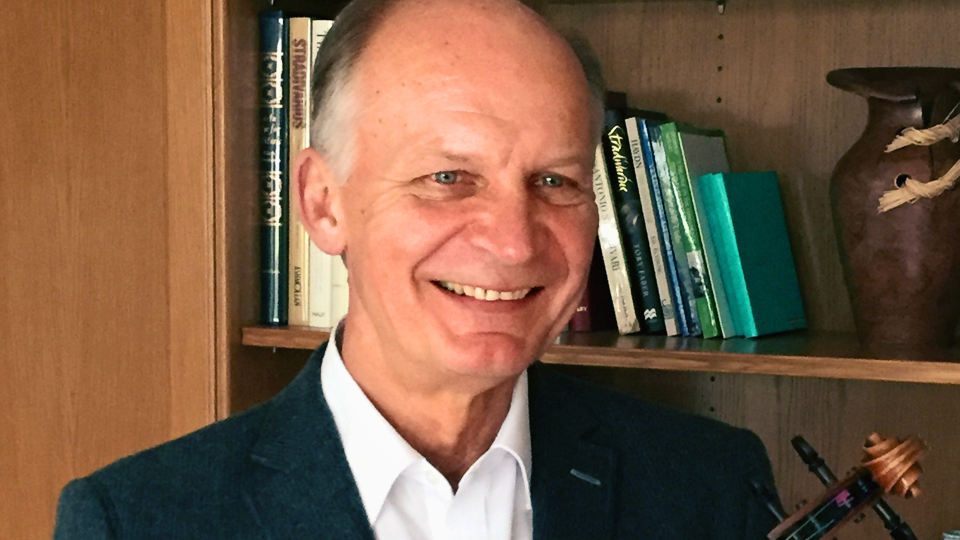 Maciej Rakowski is widely regarded and respected as a violinist and teacher of great musical integrity.

Born and trained in Poland. He studied at the Warsaw Conservatoire graduating from the class of Krzysztof Jakowicz. He also studied chamber
music with Vilmos Tatrai in Budapest.

As a soloist, engagements have included performances with the English Chamber Orchestra in England, Spain and the Bahamas and notably in Germany in November 1989 at the time of the fall of the Berlin Wall, where Maciej performed under the baton of Lord Menuhin and playing Menuhin's Guarneri del Gesù violin, the "Lord Wilton". Enjoying many years with the ECO as Associate Leader, he also directed the orchestra with Mstislav Rostropovich on tour in Finland. With the orchestra, Maciej has collaborated with soloists and conductors including Pinchas Zukerman, Daniel Barenboim, Lorin Maazel, Henryk Szeryng, Murray Perahia, Mitsuko Uchida, Vladimir Ashkenazy, Isaac Stern, Gidon Kremer and Jessye Norman amongst others.

He has toured Europe, Canada, Japan, North and South America and Scandinavia playing in all the major concert halls.

Maciej has achieved enormous success as a teacher with many students achieving international acclaim. His students have been prize winners in the BBC Young Musician of the Year Competition, the Menuhin Competition, the Nielsen Competition and quartet competitions in Australia and Hungary.

Maciej taught at the RNCM, Purcell School and at the Yehudi Menuhin School. He is now a professor at the RCM.

Invitations to give masterclasses have come from most of the English conservatoires, Poland, Spain, Norway and Sweden.