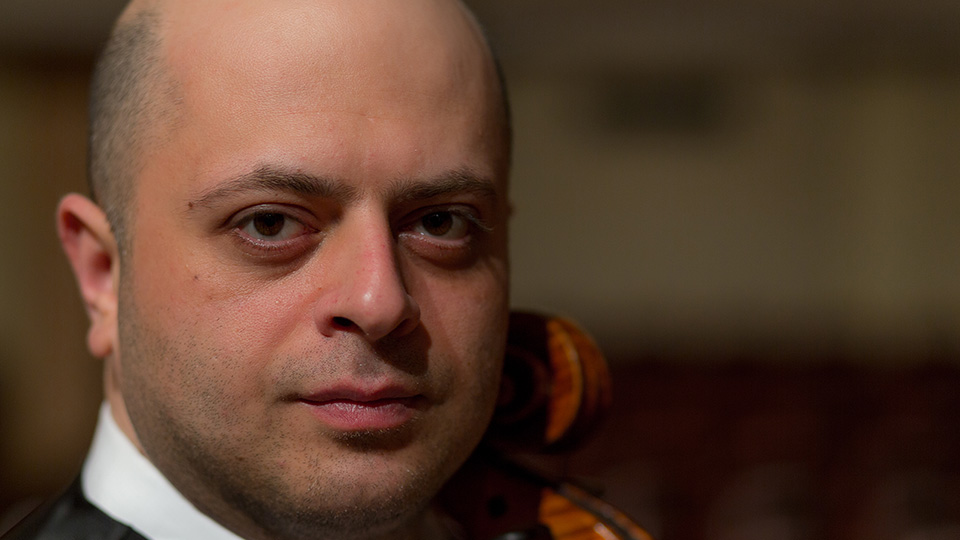 His recent concerto appearances include concerts with Royal Philharmonic and Philharmonia Orchestras, the Academy of St Martin-in-the-Fields, Orchestre de la Suisse Romande. He works regularly with the Armenian Philharmonic Orchestra and has most recently performed Khachaturian’s Concerto-Rhapsody with the orchestra under Vassily Sinaisky in September 2016.

Recital and chamber music dates in the 2016/17 season include concerts at the Kammermusiksaal of the Berlin Philharmonie, Sala Verdi in Milan, Theatre de la Ville in Paris, Teatro Petruzzelli in Bari, and he will also perform in Madrid, Moscow and in Brazil.

Alexander is the Artistic Director of both the International Pharos Chamber Music Festival in Cyprus and the Yerevan Music Festival in Armenia. He performs regularly at festivals throughout the world, both as a soloist and in chamber music projects.

After initial studies in Armenia, Alexander studied in the UK at the Yehudi Menuhin School and the Guildhall School of Music and Drama, London. He then pursued advanced studies at the Hochschule für Musik Hanns Eisler, Berlin. From here, Chaushian went on to win numerous prestigious prizes, including the 12th International Tchaikovsky Competition in Moscow, and the ARD Competition in Germany. As an alumnus of Young Concert Artists, New York, he has toured extensively in the USA.