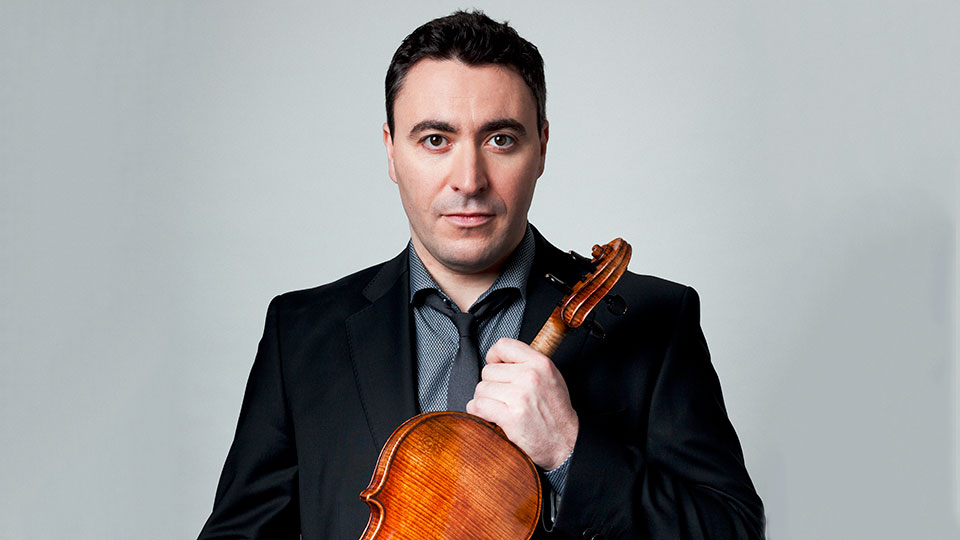 Universally hailed as one of the world’s finest musicians, and often referred to as the greatest living string player in the world today, Grammy award winner Maxim Vengerov also enjoys international acclaim as a conductor and is one of the most in-demand soloists in all of classical music.

Born in 1974, he began his career as a solo violinist at the age of 5, won the Wieniawski and Carl Flesch international competitions at ages 10 and 15 respectively, studied with Galina Tourchaninova and Zakhar Bron, made his first recording at the age of 10, and went on to record extensively for high-profile labels including Melodia, Teldec and EMI, earning among others, Grammy and Gramophone artist of the year awards.

Tireless in his search for new means of creative expression, Maxim Vengerov has let himself be inspired by many different styles of music, including baroque, jazz and rock and in 2007 followed in the footsteps of his mentors, the late Mstislav Rostropovich and Daniel Barenboim and turned his attention to conducting. Mr Vengerov has since conducted major orchestras around the world including the Montreal and Toronto Symphony Orchestras, and in 2010 was appointed the first chief conductor of the Gstaad Festival Orchestra. He went on to further his studies with Yuri Simonov, an exponent of the Russian-German conducting school, and graduated as a conductor with a diploma of excellence from the Moscow Institute of Ippolitov-Ivanov in June 2014. He has since enrolled in a further 2-year program of opera conducting and will be conducting his first performance of Eugene Onegin in Moscow in December 2017.

As one of Mr Vengerov’s greatest passions is the teaching and encouraging of young talent, he has held various teaching positions around the world and is currently Ambassador and visiting Professor of the Menuhin Music Academy in Switzerland (IMMA) and as of September 2016, the Polonsky Visiting Professor of Violin at the Royal College of Music. Furthermore, in keeping with his belief that competitions are a platform to launch young artists’ international careers, Mr Vengerov has served on numerous juries including the Donatella Flick conducting competition, the Menuhin Violin Competition and in May 2013 conducted the finals during the Montreal International Violin Competition. Owing to his success as chairman of the prestigious Wieniawski Violin Competition in 2011, where he auditioned live over 200 musicians in nine world capitals, Mr Vengerov has been unprecedentedly re-elected to return as chairman in 2016.