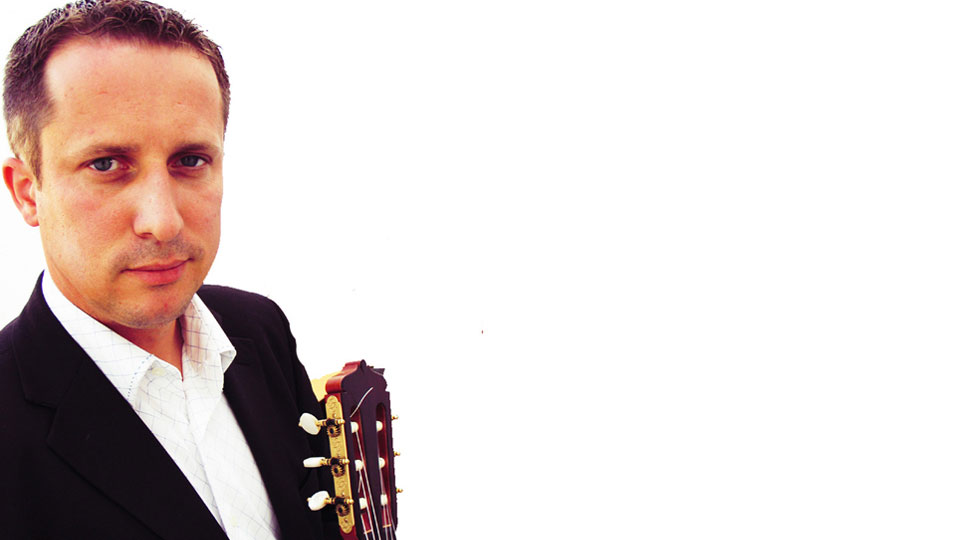 Christopher Stell studied with Michael Lewin at the Royal Academy of Music, and then with Sergio and Odair Assad in Brussels. It was at this time that Christopher began his collaboration with Mark Eden forming the Eden Stell Guitar Duo. He has performed in over 20 countries, had concerto engagements with renowned ensembles such as the Prague Chamber Orchestra, and has been invited to play for the Guitar Foundation of America in New York.

Since making their London debut at the Wigmore Hall and Purcell Room, the duo have had various works dedicated to them, including a concerto by Stephen Dodgson, their recording of which was Editor’s Choice in Gramophone Magazine.

In 2000 Christopher was made an Associate of the Royal Academy of Music in recognition of his performing achievements.