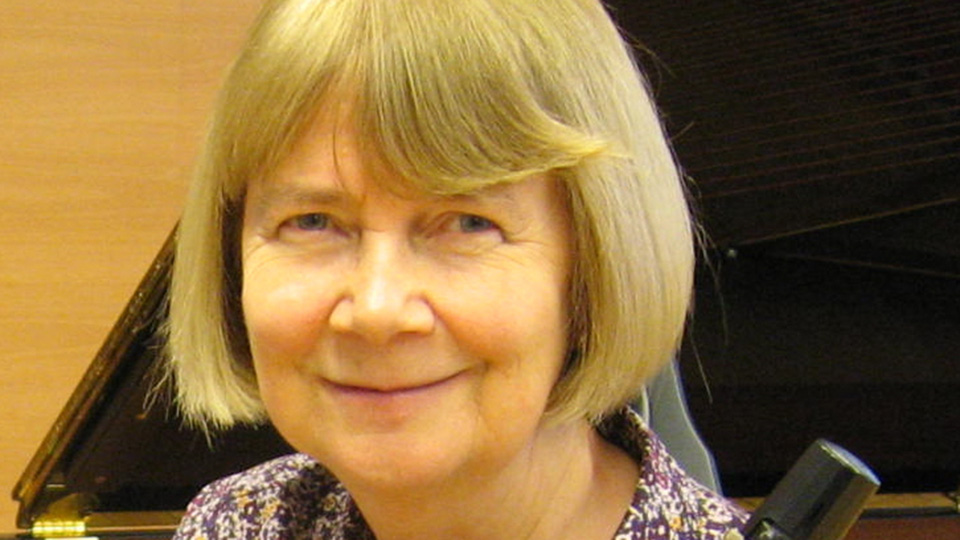 Janet Hilton first came to public notice in her student days in Manchester, when she played the Mozart Clarinet Concerto with the BBC Northern Orchestra and won a national competition which brought her many engagements. She went on to build a distinguished career as a soloist, playing at most of Britain’s major festivals, including Edinburgh, the BBC Proms, Cheltenham and Bath, and partnering artists such as Margaret Price, Nobuko Imai, Steven Isserlis and Peter Frankl in chamber music and recitals. Throughout her career she was associated with the Lindsay String Quartet until they retired in 2005. Internationally she has played in most European countries, Canada and the United States, where for twenty years she was a member of the Michigan-based chamber group Fontana.

As a recording artist, Janet has covered much of the clarinet repertoire in her series of discs for Chandos and other labels. She recorded the concertos by Weber with the CBSO and Neeme Jarvi, the Copland and Nielsen concertos with the Royal Scottish National Orchestra and Mathias Bamert, and the Stanford concerto with the Ulster Orchestra and Vernon Handley. BBC Classics issued her performance of the Finzi concerto among a catalogue of outstanding recordings from the archives. Recordings with the Lindsays include the chamber music of Brahms and Weber for Chandos and of the Mozart Clarinet Quintet for ASV. Her CD, for Clarinet Classics, is Dedications, which includes four concertos composed for her by Alun Hoddinott John McCabe, Edward Harper and Dame Elizabeth Maconchy. In 2010 Janet recorded Reger’s clarinet sonatas for Naxos. Janet’s recordings are regularly heard on radio stations worldwide and ABC Classic FM in Australia devoted a programme in the Great Performers series to her playing.

As well as her solo career, Janet Hilton has always been an active orchestral player, as Principal Clarinet with the Scottish Chamber Orchestra, Welsh National Opera, Kent Opera and Manchester Camerata. While living in the United States, she played regularly with the Saint Paul Chamber Orchestra.

A distinguished teacher, Janet Hilton has taught at the RSAMD and RNCM and was Head of Woodwind at the Birmingham Conservatoire before joining the RCM as Head of Woodwind from 1998 to 2010. She is now a professor of clarinet. She has given masterclasses at several American universities and has recently done two masterclass tours to Australia where she was in residence at Melbourne Conservatoire for two weeks. She has served on the juries of leading competitions in England, Ireland, Italy and Canada. In September 2016 Janet visited China to give a concert and masterclass at Guangzhou Xinghai Conservatory of Music. Her latest CD of solo clarinet music was released by Clarinet Classics in November 2016.