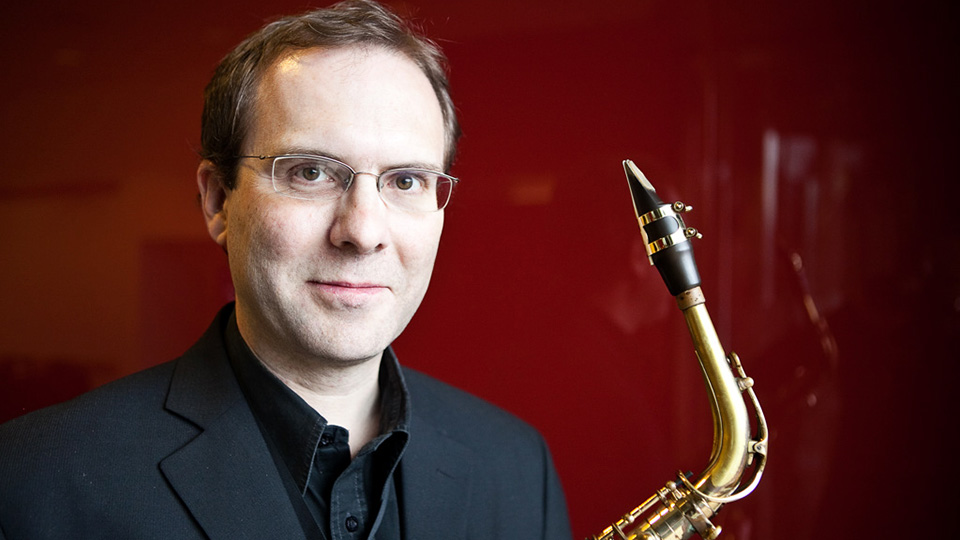 Kyle Horch studied with Fredrick Hemke at Northwestern University in Chicago, and with Stephen Trier at the Guildhall School of Music and Drama in London. He won numerous prizes as a young musician at competitions in Britain, Europe, and the United States. Since making his London debut at the Purcell Room in 1989, he has performed as a recitalist at many venues in Britain and abroad. His solo recordings Fairy Tales, ChamberSax, AngloSax have received international praise: 'This is a stunning album.' American Record Guide (for AngloSax).

As a chamber musician, he leads his own ensemble, ‘Flotilla’ which explores music on themes of reflection and memory, often in unusual instrumentations of saxophones and keyboards, as recorded on the album Flotilla: 'This CD sparkles with energy and the playing is terrific.' The Observer. Since 2008, he has been a member of the ensemble 'Counterpoise', which mixes instrumental works, melodrama, and song in collaboration with artists including Sir John Tomlinson, Eleanor Bron, Donald Maxwell, and Sir Willard White, in live performance at many venues including the Cheltenham, Newbury, City of London, and Ulverston Festivals, and on two recorded albums: Deadly Pleasures and Kokoschka’s Doll. On the lighter side, with the ‘Art Deco Trio’, he has recorded a programme of Iain Farrington’s arrangements of Gershwin songs on the album Gershwinicity. Kyle is lead saxophonist with Michael Law’s Piccadilly Dance Orchestra, playing music from the American songbook – Gershwin, Cole Porter, Irving Berlin, Rodgers & Hart – mixed with early jazz arrangements by Duke Ellington and Fletcher Henderson as well as songs by British contemporaries such as Ray Noble and Noel Coward – at concerts, private engagements, a residency at the Savoy Hotel 1997–2003, and on nine CD recordings.

As a teacher, Kyle has been a saxophone professor at the RCM since 1991. He has given masterclasses in Britain, France, Holland, Norway, Ireland, Belgium, Switzerland, Hungary, Singapore, Australia, and the USA. He works as saxophone tutor for the National Youth Orchestra of Great Britain, and teaches annually on the Summer Saxophone Course at MusicFest Aberystwyth in Wales. He has worked on many outreach projects in schools, most frequently on behalf of Birmingham Contemporary Music Group. He is the author of the chapters on saxophone technique and teaching to The Cambridge Companion to the Saxophone (Cambridge University Press).

In 2010 Kyle was a jury member at the ‘5th International Competition Adolphe Sax’ in Dinant, Belgium. He is a Vice-President of the Clarinet and Saxophone Society of Great Britain.