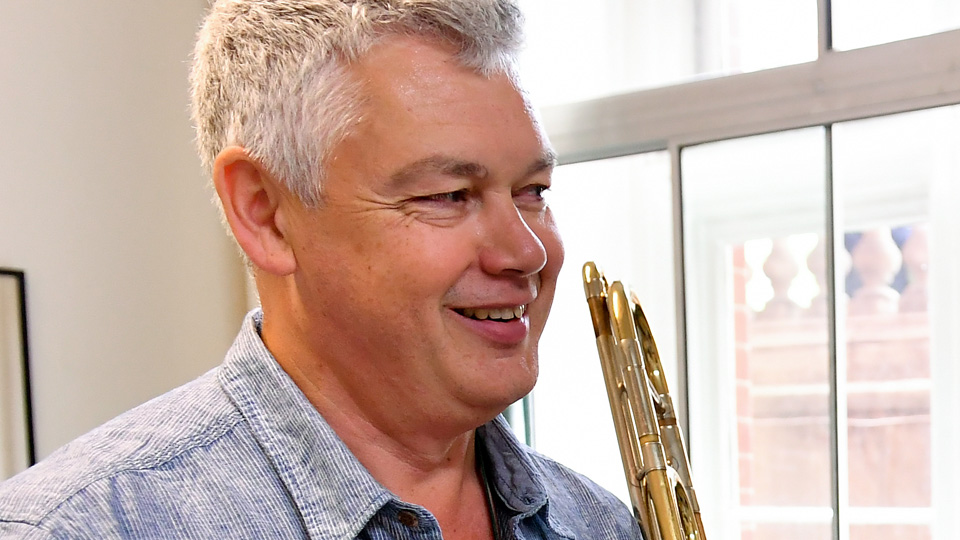 Lindsay began playing the trombone at the age of eleven in the Chatteris Town Band in Cambridgeshire which was then conducted by his father, Roy Shilling. During his school years he travelled many miles to have lessons with Terry Hext and play in local youth bands and the National Youth Brass Band of Great Britain. He was awarded an Associated Board Scholarship to study at the Royal College of Music, London where he spent four years studying with John Iveson and Arthur Wilson.

On leaving College he was regularly being asked to work with all the London Orchestras and his greatest opportunity came when he was asked to deputise with the world famous Philip Jones Brass Ensemble. He continued to work with the Ensemble for several years before Philip retired and is currently a member of London Brass, PJBE’s successor.

He is also in great demand as a teacher and was appointed in 1993 as his Professor’s successor (John Iveson) at the Royal College of Music. Another facet of his playing career is his work in recording studios. This includes sound tracks for TV and films such as Red Dwarf and Judge John Deed for TV, and Astro Boy, The Golden Compass, Sweeny Todd, The Da Vinci Code, The Lord of the Rings trilogy, Gladiator, The Matrix, Chicken Run and Harry Potter for the big screen (just to mention a few!).