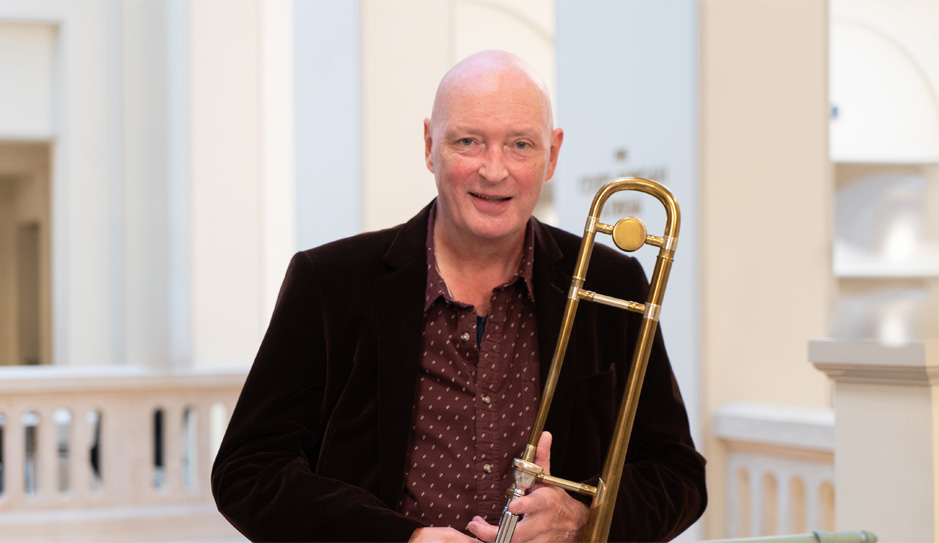 Richard studied at RMSM at Kneller Hall, whilst in the Band of the Irish Guards,  where he won both the Cousins and Cassels prizes for Best Instrumentalist and Best All Round Musician.

He has worked freelance since 1984 and has been in demand for all styles of music; classical, jazz, pop and TV and Films.  He has played with The London Sinfonietta, LSO, LPO, ROH Covent Garden and also BBCO.  He has been a member of London Brass since 1991, performing concerts, touring and recording.

Throughout his career Richard’s musical versatility has led him to perform, tour and record with a huge variety of Artists, Bands and Orchestras.

In the West End Richard has performed in many Musicals including Oliver!;  Chitty Chitty Bang Bang; Saturday Night Fever; Evita; Legally Blonde; Sinatra; Lord of the Rings and he has played in Matilda The Musical since it opened in the Cambridge Theatre.