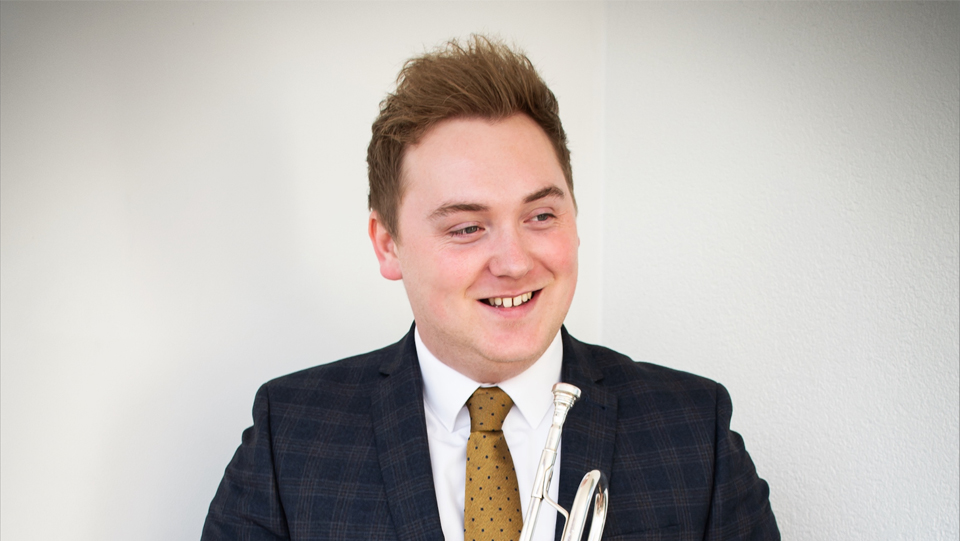 Principal Trumpet of the London Symphony Orchestra, James Fountain is also a Trumpet professor at the Royal College of Music, a member of the highly acclaimed brass ensemble ‘Septura’ and the innovative new music group ‘Neoteric Ensemble’.

James grew up surrounded by music, in particular brass bands and began playing the cornet at the age of 3. As a youngster, James was Principal Cornet of the National Youth Brass Band of Great Britain and the GUS Brass Band, before becoming Principal Cornet with the world famous Grimethorpe Colliery Brass Band aged just 17.

After moving to London in 2012 to study Trumpet at the Guildhall School of Music and Drama,  James was appointed as the Principal Trumpet of the Royal Philharmonic Orchestra just three years later. He was featured as a concerto soloist on numerous occasions with the Royal Philharmonic and other solo appearances have taken him around the world, with concerts in Australia, Brazil, Canada, Kuwait, Japan and the USA, as well as regular trips across Europe.

Also in demand in the recording studio, James can be heard performing on several Film, Video Game and TV soundtracks collaborating with composers such as Danny Elfman, Hans Zimmer, Alan Menken and Howard Shore.

After spending 5 years with the RPO, James accepting the position of Principal Trumpet with the London Philharmonic Orchestra before moving to the LSO in 2021. James’ journey from brass band musician to the LSO’s highly illustrious Principal Trumpet position sees him follow in the footsteps of some of his brass playing heroes including, Philip Cobb, Maurice Murphy, Rod Franks, Howard Snell and Willie Lang.