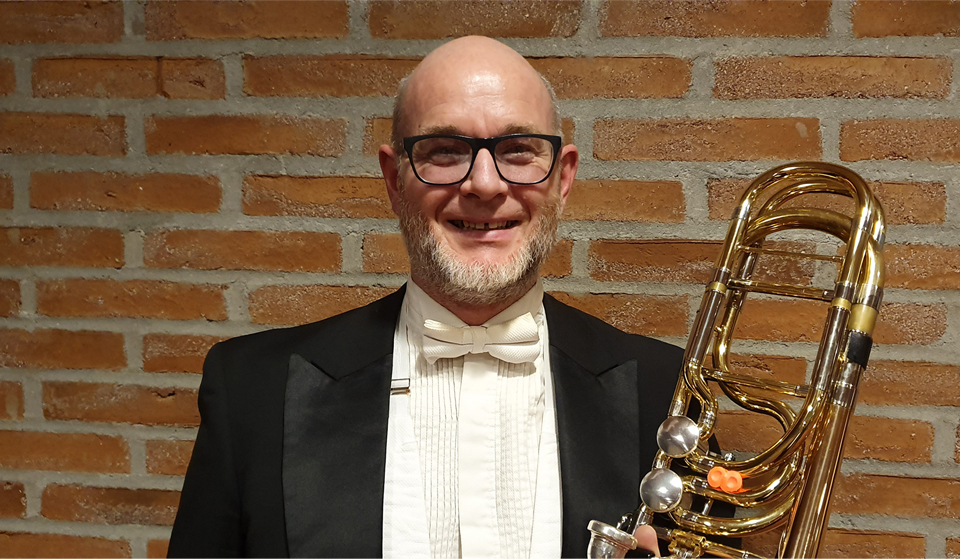 Paul Milner has recently been appointed Bass Trombone professor at the RCM where he enjoys supporting students with individual specialist tuition and chamber coaching.

On leaving the RNCM with a Diploma in Professional Performance, Paul freelanced with some of the United Kingdom’s leading orchestras, before gaining the position of Principal Bass Trombone with the Orchestra of Opera North, Leeds in 1993.

Having spent 14 years there, the position of Principal Bass Trombone in the London Symphony Orchestra became vacant. Paul was successful in gaining membership to the orchestra and began his role in 2007. He continues to perform around the world with the LSO, as well as appearing on several soundtracks and recordings.

Along with his very busy role in the orchestra, Paul is committed to the LSO Discovery education department. This involves playing his trombone to children in hospitals, coaching gifted children and community projects, to name but a few. He has also been the brass coach for the Mediterranean Youth Orchestra for the last ten years.

Born in Edinburgh and after a musical education, moved to Manchester to study the bass trombone at the Royal Northern College of Music.