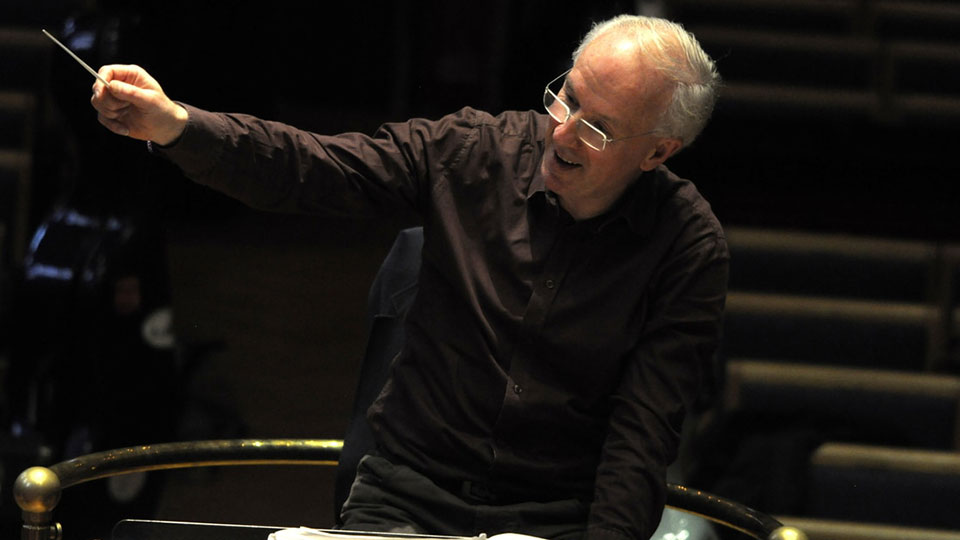 One of Britain’s most experienced conductors on the international platform, Howard Williams has covered a formidable range of work both in the opera house and concert hall. From his associations with English National Opera and the Royal Ballet he has conducted more than one hundred opera and ballet productions throughout Europe. In the UK, he has conducted numerous prestigious orchestras including the London Philharmonic, Royal Philharmonic, Royal Liverpool Philharmonic and City of Birmingham Symphony, Bournemouth Symphony, Royal Scottish National, Royal Northern Sinfonia, London Sinfonietta and English Chamber Orchestra, along with all the BBC Orchestras. He has conducted at the BBC Proms and at festivals across the UK and Europe.

With the Baroque Orchestra of English Bach Festival he conducted productions at Covent Garden of Monteverdi’s L’Orfeo, Purcell’s Fairy Queen and Dido and Aeneas and Handel’s Oreste. Following a two-year contract with the Royal Ballet at Covent Garden Howard appeared frequently with the Dutch National Ballet, Netherlands Dance Theatre and Hamburg Ballet.

Following his appointment in 1989 as Artistic Director and Principal Conductor of the Pécs Symphony Orchestra (now Pannon Philharmonic), Hungary, Howard devoted much time to working with the leading orchestras in that country. He has been awarded the Artisjus award and Bartók Medal for services to Hungarian music.

On leaving Pécs in 2000, Howard was created Permanent Guest Conductor by the orchestra. In the same year he was appointed Head of Conducting at the Royal Welsh College of Music and Drama as well as becoming Artistic Director of the Oxford Orchestra da Camera. Since 2013 he has been Musical Director of the Sinfonia of Cambridge.

His six years’ in Cardiff enabled him to develop his approach to training conductors, putting him in demand as a teacher in many parts of the world, including for the London Conducting Workshop and the Bartók International Conducting Seminar in Hungary.

Howard Williams discusses the teaching of conductors with Professor Roger Kneebone in this podcast. Visit website