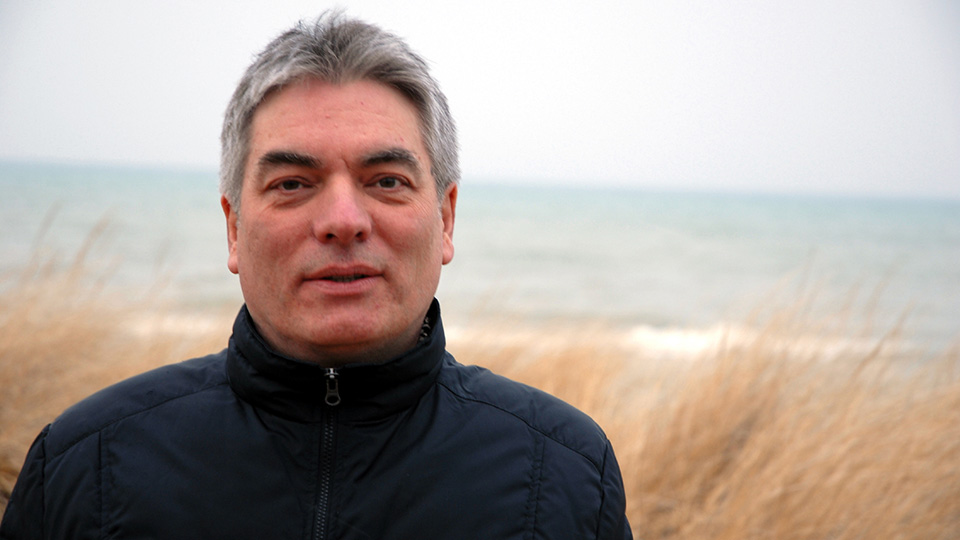 After completing a foundation course at Bolton Art College, Simon Holt went on to study composition with Anthony Gilbert at the Royal Northern College of Music in Manchester. He is a Fellow of the Royal Northern College of Music and of the University of Bolton. As a young composer, the late Michael Vyner, then artistic director of the London Sinfonietta, commissioned Kites (1983). In 1985 he was featured composer of the Bath International Festival at which the late William Mann was the artistic director. Holt's relationship with the London Sinfonietta has continued with a steady stream of performances and premieres, including Ballad of the Black Sorrow (1988), eco-pavan (1998) and Sueños (2006) for baritone and ensemble, performed by Roderick Williams and the London Sinfonietta conducted by Thierry Fischer in London and Madrid.

In autumn 2016, Holt’s piccolo concerto Fool is hurt (2015), co-commissioned by the London Sinfonietta with the NOVA Ensemble of Utah, received its premiere performances in Salt Lake City (with Caitlyn Valovick-Moore as soloist) and London (with Michael Cox as soloist).

Simon Holt's output for chamber ensemble is large, including ten pieces written for the Nash Ensemble. The first four of these: Shadow Realm (1983), Era madrugada (1984), Canciones (1986) and Sparrow Night (1989) have been recorded by the Nash Ensemble on the NMC label. After the fifth piece, all fall down (1994), a sixth was commissioned for the 2004 Cheltenham Festival, namely the other side of silence (2004), followed by the string trio, 4 quarters (2005), and String Sextet: the torturer's horse (2009).

To date, Holt has been commissioned to write four major orchestral pieces for the BBC Proms - in 1987, John Drummond commissioned Syrensong for the BBC Symphony Orchestra, later followed by the viola concerto walking with the river's roar (1991), premiered by Nobuko Imai and the BBC Philharmonic in 1992. Latterly, Troubled Light (2008) and the flute concerto Morpheus Wakes (2014), for Emmanuel Pahud, were both premiered by the BBC National Orchestra of Wales, conducted by Thierry Fischer, during Holt’s highly successful tenure as Composer in Association at the BBC National Orchestra of Wales 2008 – 2014. Other works from this period include St Vitus in the kettle (2008), the double concerto for clarinet and flugelhorn, Centauromachy (2009) and The Yellow Wallpaper (2011), for soprano and orchestra.

Holt's large-scale pieces include the violin concerto, witness to a snow miracle (2005), premiered in London and then played in Bonn as part of the Beethoven Festival by Viviane Hagner and the BBC Symphony Orchestra, and judged Best Orchestral Work at the 2006 British Composer Awards; and a percussion concerto for Colin Currie entitled a table of noises (2007), which was premiered by the City of Birmingham Symphony Orchestra in May 2008 and also won the Orchestral Award at the British Composer Awards in 2009. These two concertos, along with the orchestral work St Vitus in the kettle, appear on the NMC CD recorded by the Hallé, conducted by Nicholas Collon, released in March 2017. Holt’s latest CD recording, also on NMC and released in May 2017, is of the 3rd Quartet (2013) in its world premiere performance by the JACK Quartet at the Wigmore Hall.

Simon Holt celebrated his 60th birthday on 21 February 2018. To mark this occasion, the BBC National Orchestra of Wales performed the UK premiere of an icicle of moon (2014), alongside St Vitus in the kettle and the BBC Philharmonic presented a table of noises with Colin Currie at the Bridgewater Hall, Manchester (February 17). In June 2018, the Aldeburgh Festival featured Holt’s chamber music in three concerts, including two new commissions: Llanto (para las chumberas) (2017), for oboe d’amore and string trio (June 11) and 4th Quartet: Cloud House (2017), which was premiered by the Piatti Quartet (June 22).

The music of Simon Holt up to 2015 is published by Chester Music Limited. Since July 2016 Simon Holt has been self-published.