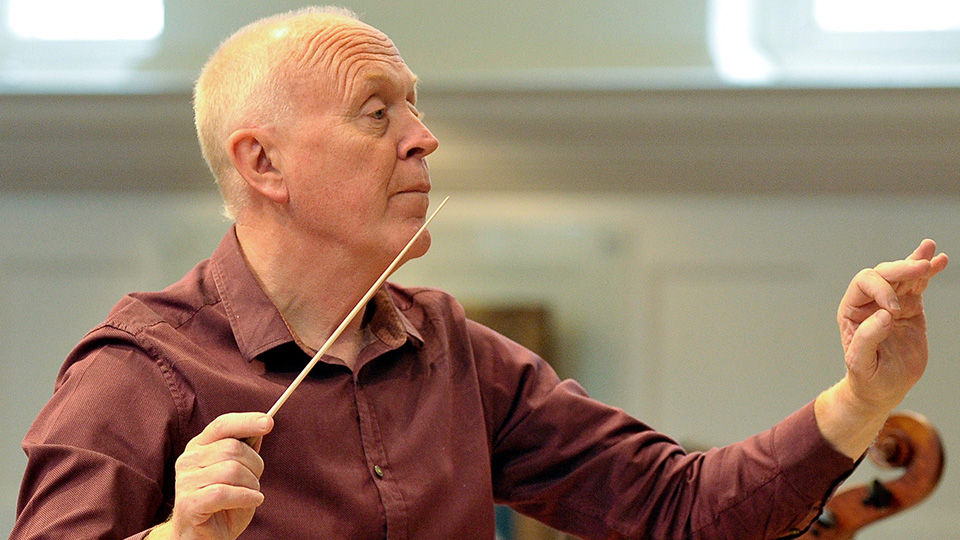 Peter has conducted a number of the world’s leading orchestras such as the London Symphony Orchestra, Malaysian Philharmonic Orchestra, Orchestra of the Age of Enlightenment, the Hallé and English Chamber Orchestra. He has assisted many of the world’s finest conductors including Pierre Boulez, Sir Colin Davis, Bernard Haitink, Lord Yehudi Menuhin, Sir Roger Norrington and Klaus Tennstedt.

Peter’s reputation as a teacher and trainer is internationally renowned. He is professor of conducting at the Royal College of Music in London, Rehearsal Director for the European Union Youth Orchestra, Principal Conductor of the Cambridge University Chamber Orchestra and Conductor of the Arabian Youth Orchestra. His courses in conducting have taken him to many countries across the world, and he has given masterclasses in the State Conservatory, St Petersburg and China Conservatory, Beijing.

A professional violinist for ten years (much of that time spent as a Principal player), and as coach to the major youth orchestras of Europe, Peter's knowledge of string playing is complete. He also has extensive knowledge of posture and body-use (through Alexander Technique) and believes this to be crucial in the development and learning of any student conductor.

The psychology of leadership is the third area which is central to Peter's work; he is currently researching for a book on how conductors work with their orchestras to achieve best results. His media profile includes Series Consultant to the two BBC2 series Maestro and Maestro at the Opera where he presided over the teaching of celebrity ‘students’, and then as a Maestro Cam commentator for the BBC Promenade Concerts. He is currently engaged in writing a handbook on the art of conducting. The public profile afforded by Peter’s media work is leading to further opportunities to exercise his ambition to promote ‘music for all’.