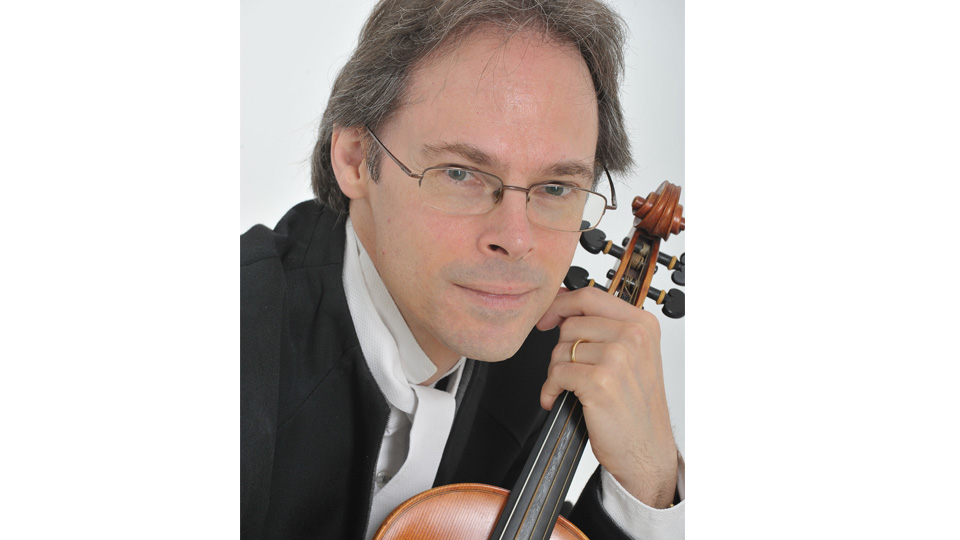 Born in London, Adrian is a violinist, director and conductor who specialises in performing music from 1600-1900 on period instruments. A former chorister of St Paul’s Cathedral and a graduate of Trinity College Cambridge, he is Musical Director of the Tilford Bach Society and Associate Musical Director of the London Handel Festival. He regularly conducts and directs the London Handel Orchestra and Players and is increasingly invited as a guest director and soloist in Europe and North America. He has appeared on numerous recordings and with most of the period-instrument orchestras in London. His solo recordings include CPE Bach sonatas (ATMA), Bach’s Concerto for oboe and violin with John Abberger (Analekta), Handel’s complete Violin Sonatas (SOMM) and Geminiani’s op 1 sonatas. He has also made world premiere complete recordings of the first two books of Leclair's violin sonatas (Naxos). He leads two chamber ensembles in London.

Adrian has conducted the major choral works of Bach as well as Handel’s Israel in Egypt at St George’s, Hanover Square, Chandos Anthems at Canons Park and La Resurrezione at Wigmore Hall. Concerto appearances include numerous baroque works, Mozart's Violin Concertos and Sinfonia Concertante with the LHO and rare performances on period instruments of the Beethoven Concerto with the Hanover Band. He directs a baroque project annually with the Southbank Sinfonia, is Professor of Baroque Violin at the Royal College of Music in London, gives masterclasses in Europe and North America and teaches on the Aestas Musica International Summer School of Baroque Music and Dance in Croatia and the Pro Corda Conservatoire Baroque course in Suffolk.