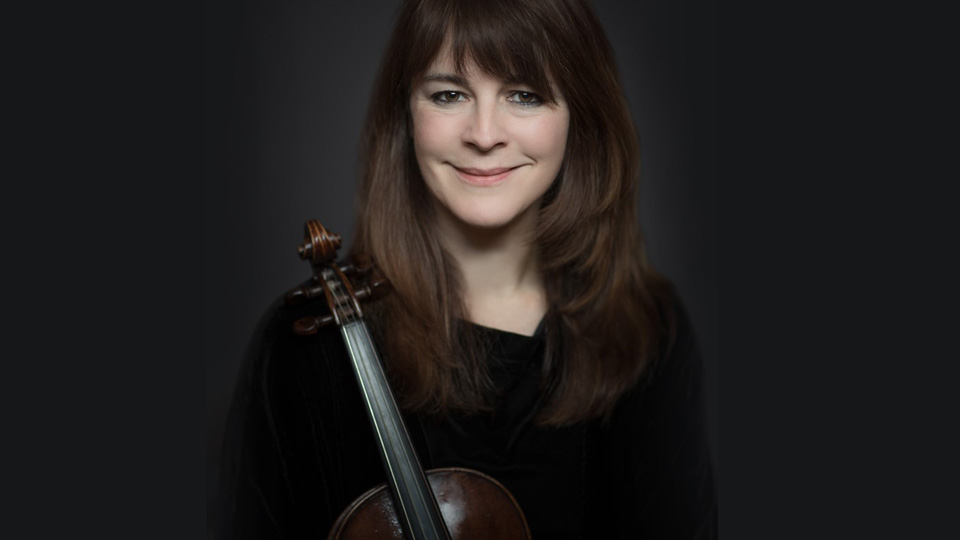 Lucy Russell is held in high international regard for her versatility as a violinist. Her work on both modern and period instruments as leader of the Fitzwilliam Quartet has taken her across the world and has encompassed a breadth of repertoire stretching from Purcell to the present day. She has premiered works for baroque violin by several composers, most recently John Woolrich (Scherzi) for the Buxton Festival. Her CD of Bach's Obbligato Violin Sonatas with John Butt (Linn) has received overwhelmingly positive critiques and was nominated BBC Disc of the Week. With her exclusively 'baroque' or 'classical' hat on, she has lead several ensembles over the years: The King's Consort, Classical Opera Company, Florilegium, Dunedin Consort (to name a few) but she has enjoyed the varied experiences of playing with such groups as OAE, ORR, EBS and AAM. She has continued to develop and refine her approach to stylistic performance on different violins, ranging from the music of Monteverdi to the present day and has recorded extensively for Linn records as well as for Channel Classics, Divine Art and Hyperion.

Lucy has taught and given masterclasses all over the world – in the Czech Republic, Russia, USA and South Africa; closer to home, she has worked at the Royal Academy of Music with the Modern Instrument Baroque Orchestra, at Royal Holloway College, Fitzwilliam College Cambridge, Pro Corda, Dartington International Summer School, Benslow Music, and for the Fitzwilliam's own chamber music course, Strings in Spring, in St Andrews (Scotland). She recently performed Mozart and Brahms on period instruments at Cornell University, USA, in the Westfield Fortepiano Festival, organised by Malcolm Bilson. A new recording on gut of Bruckner's Quintet and Quartet with FSQ is currently being released, and plans are afoot to record the Beethoven late quartets on gut as well.

Lucy is committed to enlivened music-making, fuelled by knowledge,' skill and passion but with the intentions of the composer always at the fore, and her teaching practice aims to reflect this.